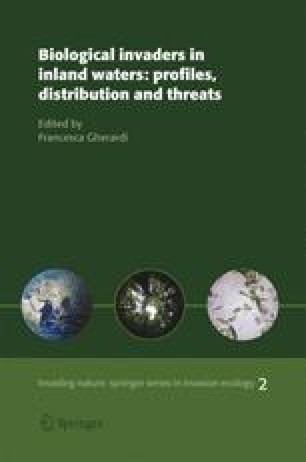 Genetics and invasion biology in fresh waters: a pilot study of Procambarus clarkii in Europe

Since Charles Elton, ecologists have struggled to account for the distribution and spread of non-indigenous species (NIS). They now realize that the key factor is “opportunity”. The more frequently and persistently a foreign plant or animal is exposed to a new environment, the better its odds of invading. Ecologists call this “propagule pressure” (also termed introduction effort), a composite measure expressing the number of individuals released into a region to which they are non-native. It incorporates estimates of the absolute number of individuals involved in any one release event (propagule size) and the number of discrete release events (propagule number) (Lockwood et al. 2005). Propagule pressure has rarely been documented for freshwater organisms except in fish. Duggan et al. (2006), for example, using data on aquaria in stores and historical records of fish introduced into Canadian and US waters, showed a clear relationship between their occurrence in shops and the likelihood of their introduction and eventual establishment.

Biological Invasion Ballast Water Propagule Pressure Quagga Mussel Freshwater Crayfish
These keywords were added by machine and not by the authors. This process is experimental and the keywords may be updated as the learning algorithm improves.
This is a preview of subscription content, log in to check access.