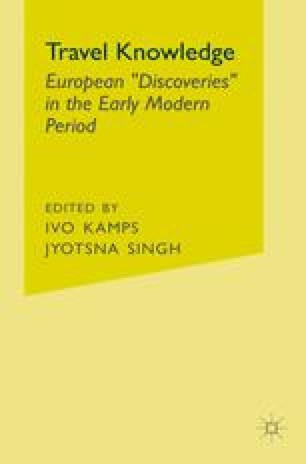 In your mind’s eye, I would like to conjure up a company of British seamen, far from home. These men will spend the afternoon on shore, sweating, shooting an elephant.2 But in the cool of the morning they gather on board ship for a different kind of sport. Within sight of conspiratorial packs of long-tailed monkeys on the rocks, within earshot of the estuary’s cranes and pelicans, a sailor steps onto the deck.3 He holds a weapon that combines a spear with a hatchet. He points this weapon in the direction of another man, and says, “Who’s there?”—The first words of Shakespeare spoken outside of Europe.4

Seventeenth Century East India Company Board Ship Diplomatic Mission English East India Company
These keywords were added by machine and not by the authors. This process is experimental and the keywords may be updated as the learning algorithm improves.

“Methinks I see my father.”