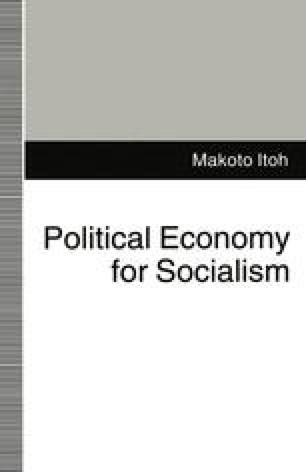 According to M. Beer,1 the term ‘socialism’ first appeared in November 1827 in the Co-Operative Magazine, an organ of the Association of London Co-operative Unions, and became generally used in the 1830s. It is, therefore, not so old a term. It was initially used in the context of the growing co-operative union movement under the influence of R. Owen (1771–1857), and meant co-operative reformism as opposed to individualism. However, the term was soon also applied to the ideas of Utopian socialists such as C.H. de R. Saint-Simon (1760–1825) and F.M.C. Fourier (1772–1837), who were the heirs to many of the ideals of the French Revolution. The term ‘socialism’ then came further to connote a wide range of ideas and movements which intended to bring about an ideal society and to liberate people from poverty and oppression on the basis of the co-operative principle and against the individualistic, competitive principle of bourgeois society. Besides cooperative and Utopian socialism, other kinds of ideas of socialism appeared almost at the same time. For instance, romantic socialism, represented by J.C.L. Simonde de Sismondi (1773–1842), asserted that the return to a patriarchal peasant farming life would restore a harmonious and stable economic order.

Private Property French Revolution Historical Materialism Social Democratic Party Ideal Society
These keywords were added by machine and not by the authors. This process is experimental and the keywords may be updated as the learning algorithm improves.
This is a preview of subscription content, log in to check access.