The Rise and Fall of Revenue Farming 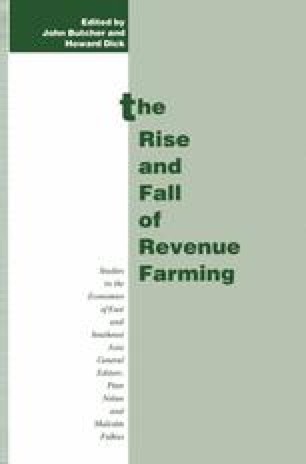 When the French administration was installed in Cochin China, it discovered that the Chinese settled in the midst of the Annamese population were a priceless help in carrying out its colonialisation.... In order to get in touch with them [the Vietnamese] to change their habits and ill-will, to educate them in the field of commerce and to make them take out of their earthen jars the piasters needed to sustain our administrative machine, we needed an intermediary living side-by-side with them, speaking their language and marrying women of their race. That intermediary was the Chinese. The Chinese is flexible, skilful, without prejudice, and loves gain. (Dubreuil, 1910, p. 71, our emphasis)

Farm System Opium Trade Opium Sale State Revenue French Colonial
These keywords were added by machine and not by the authors. This process is experimental and the keywords may be updated as the learning algorithm improves.

The order in which the authors are listed is arbitrary and is not intended to imply precedence of any sort.