Monetarism in the United Kingdom 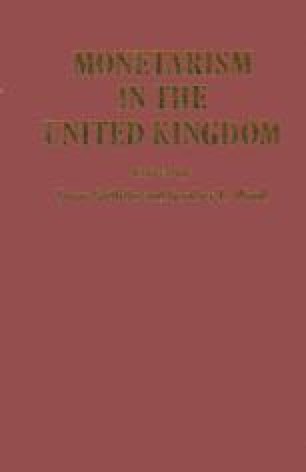 Monetarism in the United Kingdom pp 15-41 | Cite as

In his presidential address to the American Economic Association (AEA), Milton Friedman (1968) warned not to expect too much from monetary policy. In particular, Friedman argued that monetary policy could not permanently influence the levels of real output, unemployment, or real rates of return on securities. However, Friedman did assert that a monetary authority could exert substantial control over the inflation rate, especially in the long run. The purpose of this paper is to argue that, even in an economy that satisfies monetarist assumptions, if monetary policy is interpreted as open market operations, then Friedman’s list of the things that monetary policy cannot permanently control may have to be expanded to include inflation.

Monetary Policy Fiscal Policy Inflation Rate Government Bond Monetary Authority
These keywords were added by machine and not by the authors. This process is experimental and the keywords may be updated as the learning algorithm improves.
This is a preview of subscription content, log in to check access.