Hot Topics in Infection and Immunity in Children V 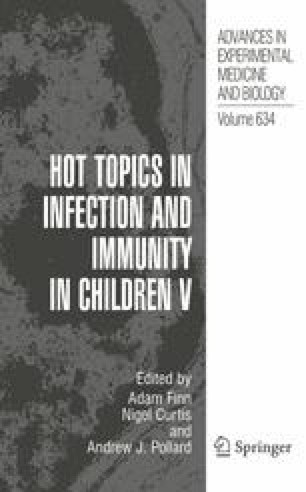 Recognition and Management of Encephalitis in Children

Prion Disease Progressive Multifocal Leukoencephalopathy Japanese Encephalitis Virus Acute Disseminate Encephalomyelitis Central Nervous System Manifestation
These keywords were added by machine and not by the authors. This process is experimental and the keywords may be updated as the learning algorithm improves.
Download chapter PDF

Rabies was recognized in ancient times in Europe and Asia. In AD 100, Celsus noted the relationship between animal rabies and human disease (Johnson, 1959). In the twentieth century, epizootics of encephalitis in equine animals were noted as was their temporal relationship with human illness (Meyer et al., 1960). Meningoencephalitis was noted as a complication of mumps about 100 years ago (Enders, 1959). With the development of clinical virology more than 400 zoonotic arthropod-borne viruses were discovered as well as numerous nonpolio enteroviruses (Berge, 1975).

In spite of major technical advances during the last 25 years, the cause of the majority of sporadic cases of encephalitis remains unexplained. For example, in the recent California encephalitis project the etiology was found in only 38% of 334 cases (Glaser et al., 2003). In this study, etiologic agents were grouped in the following categories: viruses spread person to person; viruses spread to people by mosquitoes or ticks; viruses spread to people by warm-blooded mammals, bacteria, and other (Tables 1–4).
Table 1

Herpes group viruses Herpes simplex virus type 1 (HSV-1) is the most common cause of sporadic fatal encephalitis (Cherry, Shields and Bronstein, in press; Whitley and Kimberlin, 2005). It is most often due to reactivation of latent infection but it can be related to a primary infection or reinfection by a second HSV-1 strain. It occurs in all age groups. In neonates, herpes encephalitis is most often due to disseminated HSV-2 infection acquired during the birth process. Encephalitis in older children is almost always due to HSV-1. HSV-2 rarely causes encephalitis outside of the newborn period except in immunocompromised persons. However, aseptic meningitis due to HSV-2 is a not an infrequent illness associated with recurrent genital HSV-2 infection.

Varicella (chicken pox) is complicated by varicella-zoster virus (VZV) encephalitis in ∼0.3 per 1000 cases (Cherry, Shields, and Bronstein, in press). Primary infection with VZV results in latent infection in dorsal root ganglia. Reactivation of virus leads to zoster, and between 0.5% and 5% of patients with zoster may have encephalitis. Other herpes group viruses (EBV, CMV, HHV-6, and HHV-7) may occasionally cause encephalitis. There is a particular risk of encephalitis with these viruses in immunocompromised patients due to reactivation of latent virus. In primary infection with EBV resulting in infectious mononucleosis, about 1% of cases will develop encephalitis during the course of the illness. Encephalitis is uncommon in primary CMV infection except in congenital infections. HHV-6 is a common cause of febrile convulsions in infants but it is an uncommon cause of encephalitis.

Enteroviruses Nonpolio enteroviruses are a leading viral cause of neurologic disease in children and they are a major cause of encephalitis (Cherry, Shields, and Bronstein, in press). In recent years, enterovirus 71 has been epidemic in Southeast Asia. In addition to hand, foot, and mouth syndrome, severe neurologic events including meningitis, meningoencephalitis, encephalitis, cerebellitis, and a polio-like syndrome have been observed. Brainstem encephalitis has caused numerous fatalities (Huang et al., 1999).

Influenza viruses Encephalitis is a manifestation of influenza A and B viral infections (Cherry, Shields, and Bronstein, in press). Its occurrence is irregular as it seems to be related to specific, circulating strains. Other central nervous system (CNS) manifestations associated with influenza viral infections include Reye’s syndrome, acute necrotizing encephalopathy, and myelitis.

Measles, Mumps, and Rubella Encephalitis due to measles, mumps, and rubella is rare in countries with successful universal childhood immunization programs. Encephalitis can be expected in association with these infections at the following rates: measles, 0.74 per 1000; mumps, 3 per 1000; and rubella, 0.1–0.2 per 1000 (Cherry, Shields, and Bronstein, in press).

Viruses—Spread to People by Mosquitoes or Ticks Arboviruses are the most important cause of severe encephalitis worldwide. The occurrence of specific arboviruses is both seasonal and highly geographic (Cherry, Shields, and Bronstein, in press). In general, the incidence of neuroinvasive disease and sequalae of infection and death increases with age. Today, the most important cause of epidemic encephalitis worldwide is Japanese encephalitis virus with 10,000 deaths and 35,000–50,000 cases per year (Solomon et al., 2003) (Table 2).
Table 2

The most important infection in this category is rabies (World Health Organization, 1978). With known exposure and postexposure prophylaxis, this is a preventable disease but more than 20,000 cases and deaths occur worldwide every year. Nipah virus, a paramyxovirus, is a new wide-scale epizoonotic encephalitis virus with direct animal-to-human rather than vectorial transmission. It is spread from infected pigs to humans (Chaudhuri and Kennedy, 2002).

Meningitis is the primary CNS manifestation of the agents, presented in Table 3. However, an encephalitic component is often a part of the infection (Cherry, Shields, and Bronstein, in press). Spirochetal infections are a more common cause of CNS disease, and specifically encephalitis, than is generally realized. Encephalopathy but not encephalitis is a relatively common complication of pertussis.
Table 3

Bacterial agents which cause infections that may have an encephalitic component

As noted in Table 4, a number of other infectious agents as well as a number of drugs are occasionally related to encephalitis. Of this group, Mycoplasma pneumoniae is of particular importance (Bitnum et al., 2003). In one study in Finland, 4.8% of patients hospitalized with M. pneumoniae infections had CNS manifestations (Pönkä, 1980).
Table 4

Other categories which may be associated with encephalitis

Postinfectious or parainfectious encephalitis is an illness which occurs after a demonstrated or presumed viral infection. It is thought to be immune mediated rather than a direct effect of a virus in nerve cells (Cherry, Shields, and Bronstein in press). It is my opinion, however, that while immune mechanisms may play a role in the pathogenesis, the process is often stimulated by the direct presence of the antigen in the nervous system. This is an important distinction when treatment with corticosteroids is considered.

Most postinfectious encephalitides which are immune mediated are subacute in onset. Acute disseminated encephalomyelitis (ADEM) is subacute at onset and is characterized by optic neuritis, myelitis, ataxia, hemiparesis, cranial nerve palsies, and multifocal white-matter lesions (Dale, 2003).

Because of many different causes of encephalitis no unified epidemiologic pattern exists. In general, most cases in temperate climates occur in the summer or fall reflecting arboviral and enteroviral etiologies. Arboviruses occur in localized outbreaks and in epidemics with boundaries determined by the range of particular vectors and the prevalence of natural reservoir animals.

Arboviruses are zoonoses in which humans are infected accidentally by an arthropod vector. Most commonly, mosquitoes or other insects acquire arboviruses by biting infected birds. Encephalitis in horses and mules may be the first indication of incipient trouble in a geographic area.

Children with encephalitis may demonstrate evidence of diffuse disease, such as behavioral or personality changes and decreased consciousness and generalized seizures or localized features, such as focal seizures, hemiparesis, movement disorders, cranial nerve defects, and ataxia.

Some children may appear to be mildly affected initially but suddenly lapse into coma followed by sudden death. In others, the illness may be ushered in by high fever, violent convulsions interspersed with bizarre movement, and hallucinations alternating with brief periods of clarity. These children may recover with relatively few sequelae.

Most commonly, the initial manifestations suggest an acute systemic illness with fever, headache, or in infants, screaming spells, abdominal distress, nausea, and vomiting. With rising temperature, CNS manifestations are noted: mental dullness progressing to stupor; bizarre movements; convulsions; nuchal rigidity; and focal signs, which may be stationary, progressing, or fluctuating.

The differential diagnosis of neurologic illness compatible with encephalitis is broad (Table 5).
Table 5

In a patient with encephalopathy or possible encephalitis, a careful history and physical examination is the cornerstone of the evaluation (Cherry, Shields, and Bronstein, in press). Following assessment for increased intracranial pressure, a lumbar puncture with a complete examination and culture and antigen detection tests of the cerebrospinal fluid should be done as soon as possible. Neuroimaging and an electroencephalogram should also be undertaken. Computed tomography (CT) with and without contrast should be done and followed up with MRI which is better for finding subtle changes.

The examination of the cerebrospinal fluid (CSF) is central to making a specific diagnosis (Cherry, Shields, and Bronstein, in press). In addition to the examination of the fluid for cells, protein, and sugar, cultures should be obtained for viruses, conventional and unusual bacteria, and fungi. Stained smears should be examined for usual pathogens as well as for parasites. PCR should be performed to identify herpes group viruses and enteroviruses. Viral cultures and PCR of blood, throat, and stool specimens should be obtained. Serologic studies in encephalitis can be very useful but most often they are done inappropriately. The demonstration of a significant titer rise to an infectious agent is most important. This requires the collection of both an acute-phase and a convalescent-phase specimen. In general, these specimens should be studied at the same time. Except for a few specific IgM antibody tests, the examination of an acute-phase specimen alone results in misdiagnoses. Particularly problematic in this regard is the examination of enteroviral antibody panels. Also problematic is the examination of the CSF for antibodies to infectious agents.

General treatment is nonspecific and empiric, aimed at maintaining life and supporting each involved organ system

Cerebral edema is a significant problem in encephalitis. It can be managed with dexamethasone, 0.1–0.2 mg/kg IV as an initial dose followed by 0.05–0.1 mg/kg IV every 4–6 h. In situations of active viral infections an alternative method would be: mannitol IV as a 20% solution in a dose of 0.25–1 g/kg over a 30–60 min period. This can be repeated every 8–12 h.

The prognosis in all encephalitides is guarded with respect to both immediate outcome and sequelae. Most important are patient age and etiologic agent. Prehospital events are also predictive of outcome.

Many encephalitides (measles, mumps, rubella, varicella) are preventable by universal immunization of children. The control of insect vectors is most important for arboviral agents.

Cite this chapter as:
Cherry J.D. (2009) Recognition and Management of Encephalitis in Children. In: Finn A., Curtis N., Pollard A. (eds) Hot Topics in Infection and Immunity in Children V. Advances in Experimental Medicine and Biology, vol 634. Springer, New York, NY