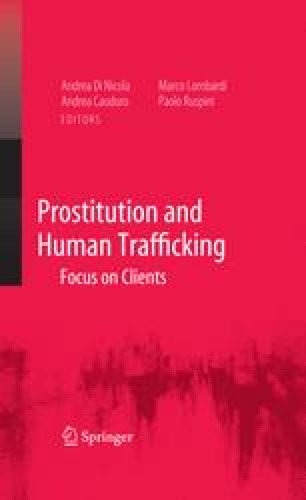 In the Land of Prohibition?

The first sex clubs with pornographic films and live performances were established in Sweden in the early 1960s (Månsson, 1981). After changes were made in the legislation in 1971, pornographic performances became legal, and the number of sex clubs increased rapidly, not only in the big cities but also in smaller towns. Stripping in particular was common; however, in many cases this type of activity was a front for brothels. According to an investigation that was made into economic and organized crime in Sweden, there were more than 500 brothels in 1976, and they were often camouflaged as strip clubs or massage parlours (AMOB, 1977).

Prostitution in the 1970s from permanent premises is estimated to have involved about 2,000 women. In addition to this there were also an unknown number of street prostitutes, hotel and restaurant prostitutes and call girls. Prostitution was concentrated in Sweden's three largest cities, Stockholm, Göteborg and Malmö, but existed in both permanent and temporary forms in the larger cities in most parts of the country (AMOB, 1977; Persson, 1981). According to Persson (1981), the police underestimated the number of prostitutes, especially considering that temporary prostitution and call girls also existed.

Organize Crime Human Trafficking Illegal Immigration Taxi Driver Baltic Country
These keywords were added by machine and not by the authors. This process is experimental and the keywords may be updated as the learning algorithm improves.
This is a preview of subscription content, log in to check access.