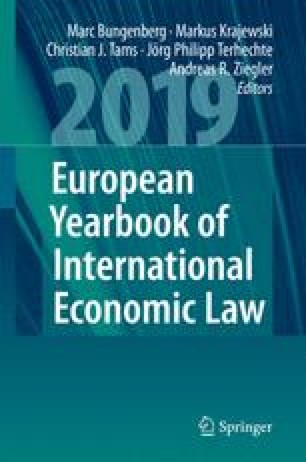 The UN Guiding Principles on Business and Human Rights, contained in a resolution adopted by the Human Rights Council, are basically a non-binding instrument that does not legally oblige UN member States, nor enterprises, to implement the principles enshrined therein. However, the UN organs, such as the Human Rights Council, have been following up the recommendations made in the resolution and set up various mechanisms, such as the Global Forum on Business and Human Rights to review the states’ and enterprises’ practices or the Inter-governmental Working Group, to, inter alia, try to formulate a legally binding treaty. Specialized Agencies, and other regional institutions have, as a matter of their own mandate, also actually responded to the recommendation of the Human Rights Council and conducted a number of activities that amounted to an actual follow-up of the original instrument. This chapter analyses those activities conducted by the ILO on their own, but which have a bearing on the implementation of the UNGP in practice. It concludes that the historical (over 90 years old) mechanism of supervision plays an important role also here in the implementation of the UNGP, in the area of labour and social rights, with a caveat that rights protected by international labour standards are basically collective (i.e., collective employment relations are targeted in most cases, except for instruments, such as those against forced labour where infringement of an individual’s right can also be addressed), and individuals cannot lodge complaints and demand remedy. Observance of international labour standards is a matter of the government and enterprises are not directly accountable to the ILO standards. Reference is also made to the peculiar ILO instrument called Tripartite Declaration of Principles concerning Multinational Enterprises and Social Policy, which may serve as an additional tool to implement a part of the UN Guiding Principle, but with lesser degree compared to the traditional mechanisms to supervise the application of the international labour standards.