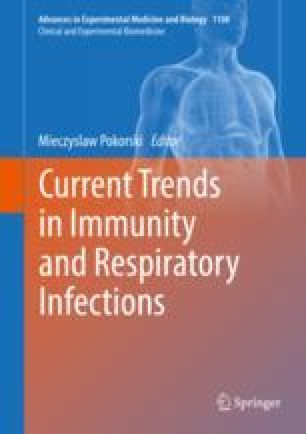 The 2016/2017 epidemic season was characterized by a lower number of diagnostically tested samples of the nasal and throat swabs and bronchoalveolar lavage fluid, compared with the preceding season. The predominant influenza subtype found was A/H3N2/ which was notably diagnosed in patients over 25 years of age. This subtype was also often diagnosed in older people of 65+ years, which is in line with the risk assessment prepared by the European Center for Disease Prevention and Control (ECDC) at the beginning of the season. The A/H3N2/ subtype was most often diagnosed in the West Pomeranian and Warmian-Masurian Voivodeships. In this epidemic season, there were 11 coinfections of the A/H3N2/ subtype with other influenza and influenza-like viruses recorded in Poland. A different situation had occurred in the 2014/2015 season, when the subtype A/H3N2/ also was predominant, but the virus was most commonly diagnosed in children up to 14 years of age. In both seasons, the least confirmations were observed in patients between 15 and 24 years.

Influenza is a seasonal illness, but influenza viruses circulate in the environment at all times. Influenza is caused by influenza virus types A and B. These viruses are divided into subtypes according to their antigenic properties and surface hemagglutinin and neuraminidase antigens (Brydak 2012). In the Northern Hemisphere, the highest incidence of infection occurs in winter, and the subtypes causing the epidemic vary each season. In the 2013/2014 and 2014/2015 seasons, both A/H3N2/ and A/H1N1/pdm09 subtypes were observed in the population (Hallmann-Szelińska et al. 2016; Bednarska et al. 2015). The A/H3N2/ subtype was not recorded in the 2015/2016 season. The purpose of this study was to report which influenza virus exerted in controlling influence in the most recent 2016/2017 season in Poland, the epidemiological information essential for selecting the antigenic content of successive seasonal influenza vaccine by the World Health Organization agencies (WHO 2016).

The study was approved by an institutional ethics committee, and it was conducted in accordance with the Declaration of Helsinki for Human Research. In the 2016/2017 epidemic season, over 3000 specimens consisting of the nasal and throat swabs and bronchoalveolar lavage fluid (BALF) were collected for testing. The collection was performed in 16 Voivodeship Sanitary Epidemiological Stations (VSES) across the country from week 40/2016 to week 39/2017 (October–September). Viral content of the samples was initially determined at VSES. The results were reported to the Department for Influenza Research in the National Influenza Center, National Institute of Public Health-National Institute of Hygiene in Warsaw, where they were reinvestigated by molecular methods for confirmation.

The use of RT-PCR enables the confirmation of the presence of respiratory viruses: influenza A and B viruses; RSV A and B (respiratory syncytial virus); hMPV (human metapneumovirus); AdV (Adenovirus); RV (rhinovirus); hCoV 229E/NL63 and OC43/HKU1 (human coronaviruses); PIV-1, PIV-2, PIV-3, and PIV-4 (human parainfluenza viruses); EV (enterovirus); and hBoV 1/2/3/4 (human bocaviruses). In this study an RV15 OneStep ACE Detection Kit (Seeplex, Seoul, South Korea) was used, according to the manufacturer’s instructions. The resulting product was separated using a 2% agarose gel electrophoresis.

In the 2016/2017 epidemic season, 3977 samples were tested for the presence of respiratory viruses. A preliminary testing, performed by the country’s Voivodeship Sanitary Epidemiological Stations, diagnosed influenza infection in 228 samples. These samples were reinvestigated at the National Influenza Center, National Institute of Public Health-National Institute of Hygiene in Warsaw, Poland, and the infection was confirmed in 205 specimens. Of the influenza viruses, unsubtyped type A accounted for 66.8% of all confirmed influenza infections. Subtype A/H3N2/ constituted 31.2% of all confirmations; type B amounted to 2.0% of confirmed infections (Fig. 1). In the 2016/2017 epidemic season, the A/H3N2/ subtype was most frequently diagnosed in people aged 26–44 years, accounting for 19.9% of all confirmed infections with this subtype, followed by 45–64 years, where it constituted 19.7% and 65+ years with 17.3%. In the children age groups of up to 14 years of age, the A/H3N2/ subtype accounted for about 10–14% of infections; the prevalence of infection was the lowest in adolescents. This pattern of infection distribution by the age groups was grossly similar to that in the 2014/2015 season, with two major exceptions. In that past season, prevalence of subtype A/H3N2/ was about twice greater for the age 0–4 and twice smaller for 65+ years compared with the 2016/2017 (Fig. 2).
An analysis of the prevalence of influenza subtype A/H3N2/ infections across Poland failed to show any relevant geographical pattern. The infection turned out most prevalent in the West Pomeranian, Mazovian, and Lower Silesian Voivodeships, distantly situated from one another. Likewise, there were no infection noticed in the diametrically distant Opolskie and Warmian-Masurian (Fig. 3). There also were nine coinfections of A/H3N2/ subtype and influenza type B recorded, as well as two cases of influenza-like virus infections in the 2016/2017 season (Table 1).
Table 1

The goal of this study was to describe seasonal variability in the influenza virus or its subtype circulating during recent epidemic seasons in Poland. We found that the A/H3N2/ subtype of influenza virus predominated in Poland during the 2016/2017 season. This finding contrasted with the preceding 2015/2016 season when, although somehow fewer samples were tested, the A/H1N1/pdm09 subtype predominated (Cieślak et al. 2017; Kowalczyk et al. 2017; Szymański et al. 2017a). However, the A/H3N2/ also was a leading subtype in the 2014/2015 season, although it circulated together with the A/H1N1/pdm09 subtype (Bednarska et al. 2016). Vice versa, in the still earlier 2013/2014 season, the A/H3N2/ circulated together with the then predominant A/H1N1/pdm09 (Bednarska et al. 2015). These findings suggest that the two influenza virus subtypes, A/H3N2/ and A/H1N1/pdm09, assume the leading epidemiological role alternately every other year.

The epidemiology of influenza infection shows a variable pattern in recent seasons. There were fewer confirmed cases of the A/H3N2 subtype in children up to the age 14 and more of these infections in the other age groups in the 2016/2017 season compared with the 2014/2015 season (Fig. 2). These results are in line with the European Center for Disease Prevention and Control risk assessment published in January 2015, pointing to a more frequent diagnosis of infection caused by the A/H3N2/ subtype in children up to the age 4 years in the 2014/2015 season (ECDC 2015), with a high 75% confirmation rate of the presence of influenza and influenza-like virus genetic material (Hallmann-Szelińska et al. 2016). A reverse situation was observed in the 2016/2017 season, when the elderly were reported to be at the greatest risk for influenza virus infection in Poland (Fig. 2) (ECDC 2016).

In the 2016/2017 season in Poland, there were 11 coinfections of the A/H3N2/subtype with other influenza and influenza-like viruses, particularly found in the elderly and young children (Table 1). In contrast, in the preceding 2015/2017 season, the presence of the A/H3N2/subtype was not confirmed in any of the coinfections (Szymański et al. 2017a). For comparison, in the past 2014/2015 and 2013/2014 seasons, there were only two and four coinfections recorded with this subtype, respectively, in children up to 14 years (Hallmann-Szelińska et al. 2016; Bednarska et al. 2015).

The predominant circulation of the A/H3N2/ subtype in the 2016/2017 season has also been observed in the countries neighboring Poland as well as in other parts of the world (WHO 2017a). In Europe, two-thirds of the cases diagnosed as the A/H3N2/ infection were identified as belonging to subclass 3C.2a1 that is antigenically close to the 3C.2a, a subclass from which the vaccine was derived for the subsequent 2017/2018 epidemic season (Flu News Europe 2017, WHO 2017b). Data collected in this study point to a typical pattern of seasonal influenza epidemic, with the majority of infections in the age groups of 0–4, 5–9, and 65+ years, i.e., the most vulnerable age categories. The predominant influenza virus subtype seems irregularly variable in successive seasons. In 2013/2014 and 2014/2015, co-predomination of the A/H1N1/pdm09 and A/H3N2/ subtypes was observed, whereas A/H1N1/pdm09 predominated alone in 2015/2016 and A/H3N2/ in the 2016/2017 season. Nor could any regularity be substantiated in the geographical distribution of the most affected regions across the country in successive epidemic seasons (Szymański et al. 2017b).

This work was funded by NIPH-NIH thematic grant 3/EM.1. The authors acknowledge physicians and employees of VSESs participating in sentinel and non-sentinel programs for their input into the influenza surveillance in Poland.

The authors declare no conflicts of interests in relation to this article.