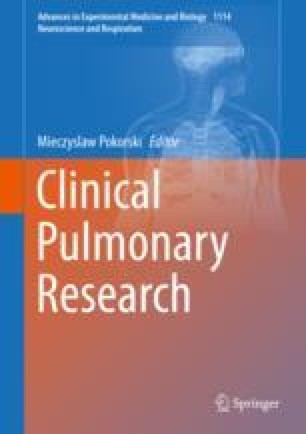 Influenza and Influenza-Like Viruses: Frequent Infections in Children Under 14 Years of Age During the 2016/2017 Epidemic Season

Influenza is an infectious disease that is a common cause of infection among children. The main reason for it is the extremely low percentage of vaccinated people in Poland. In the 2016/2017 epidemic season more than 3,000 tests from children up to age 14 were examined. The dominance of subtype A/H3N2/ (40.9%) was confirmed. The evaluation was stratified by three age groups (0–4, 5–9, and 10–14 years), which revealed significant differences. The highest number of samples was available in the 0–4 years group. The highest percentage of positive samples was present in the 10–14 years group. Influenza-like viral infections, among them the respiratory syncytial virus, were also observed. Children due to immature immunity are at particular risk for influenza. A lack of proper vaccination coverage strongly increases the chance of serious complications of the infection.

In each epidemic season in Poland we observe the occurrence of a seasonal influenza epidemic. Influenza is an infectious disease in which children are particularly vulnerable because of the not fully formed immune system (Hallmann-Szelińska et al. 2015). In the epidemic season 2016/2017, the dominant subtype circulating in Poland was the A/H3N2/ virus.

The best way to prevent illnesses among children is seasonal vaccination. In the epidemic season 2016/2017, according to the recommendations of the American Academy of Pediatrics (AAP) vaccination in children over 6 months of age and older was recommended, as well as in children with increased risk of complications caused by influenza. It also is important to vaccinate people who are in contact with children under 5 years of age. It is recommended to vaccinate pregnant women (2 and 3 trimesters), which makes newborn babies less vulnerable to contract the infection (Jackowska 2016). Unfortunately, the percentage of vaccinated children in Poland is still dramatically low. In 2016, 0.60% of children aged 0–4 years and 0.94% children aged 5–14 years were vaccinated (Epimeld 2017).

In case of influenza infection, especially in children, rapid diagnosis is important as it allows the introduction of antiretroviral treatment which should start up to 48 h after onset of symptoms (Brydak 2008). The most precise and efficient method of confirming influenza virus in a test sample consists of molecular biology, be it reverse transcription polymerase chain reaction (RT-PCR) or real-time quantitative transcription polymerase chain reaction (qRT-PCR) (Cieślak et al. 2017). However, the method is as yet hardly available in tertiary hospitals. Instead, rapid antigen diagnostic tests are often used (Nitsch-Osuch et al. 2017). Their use requires less time, which is an important factor in diagnosis (Chartrand et al. 2012). Rapid methods of influenza diagnosis significantly reduce the overuse of antibiotics in children (Nitsch-Osuch et al. 2016). The neuraminidase inhibitors oseltamivir and zanamivir are the only causal treatment of children infected by influenza virus. Administration of zanamivir is possible only in in-hospital setting, as the drug is given by inhalation (Jackowska 2016).

This study was approved by an institutional Ethics Committee and it was conducted in accordance with the Declaration of Helsinki for Human Research. The analysis concerned patients under 14 years of age. The study material consisted of samples of pharyngeal and nasal swabs samples taken from patients in the whole country within the framework of the Sentinel and Non-Sentinel surveillance systems. Specimens were collected in both Department of Influenza Research of the National Influenza Center in Warsaw as well as in laboratories of 16 Voivodship Sanitary and Epidemiological Stations across Poland.

RNA isolation from the influenza virus was performed using the Maxwell 16 Viral Total Nucleic Acid Purification Kit (Promega Corp., Madison, WI), according to the manufacturer’s instructions of. A 200 μl clinical sample, suspended in phosphate buffered saline, was used. The RNA was suspended in 50 μl of RNase-free water.

Molecular analysis was performed by real-time qRT-PCR using the Light Thermocycler 2.0 System (Roche Diagnostics; Rotkreuz, Switzerland). Influenza A and B subtypes were identified using primers and probes obtained from the International Reagent Resource (IRR) program run by the US Center for Disease Control (CDC). The analysis was carried out in capillary tubes with a capacity of 20 μl, with 0.5 μl (20 nM) primers and 0.5 μl (5 nM) probes for each of the reaction. Briefly, reverse transcription was performed at 50 °C for 30 min. The DNA was then subjected to the initial denaturation (1 cycle at 95 °C for 2 min), with further amplification steps comprising the following: denaturation at 95 °C for 15 s, annealing at 55 °C for 30 s, and elongation at 72 °C for 20 s; repeated in 45 cycles (for details see Hallmann-Szelińska et al. 2016). Positive control consisted of the influenza virus strains: A/California/7/2009(H1N1)pdm09, A/Hong Kong/4801/2014(H3N2), and B/Brisbane/60/2008, included in the vaccine elaborated for the epidemic season 2016/2017. The negative control consisted of RNase- free water.

For the confirmation of the genetic material of respiratory viruses such as influenza A and B viruses, respiratory syncytial virus (RSV) A and B, human metapneumovirus (HMPV), human adenovirus, human coronaviruses (HCoV)-229E/NL63 and OC43/HKU1, parainfluenza viruses (PIV): PIV-1, PIV-2, PIV-3, and PIV-4, enteroviruses (EV), human bocavirus 1/2/3/4. RT-PCR reaction was performed using RV15 OneStep ACE Detection Kit (Seeplex; Seoul, South Korea), according to the manufacturer’s instructions. The product was detected by agarose gel electrophoresis.

In the 2016/2017 epidemic season, 4,094 samples were analyzed in the whole country, including 1,096 tests from children under 14 years of age. The highest number of 755 samples was in the 0–4 age group, of which 24.6% tested positive. In the children of 5–9 years, positive and negative samples accounted for 50.2% and 49.8%, respectively. In contrast, in the 10–14 age group, the proportion was reversed, compared with the youngest age group, the majority of 61.0% samples tested positive (Fig. 1).
The predominant influenza virus found was the A/H3N2/ subtype. This subtype accounted for 40.9% of all confirmed cases of influenza in children under 14 years of age. Influenza A unsubtyped infections were confirmed in 39.8% of samples, while influenza B only in 2.3%. Influenza-like viruses were also observed, accounting for 17.1% (Fig. 2). The most common was respiratory syncytial virus (73 cases). Occasional cases of parainfluenza 2 and 3 viruses, and rhinoviruses were detected (Table 1).
Table 1

The prevalence of the influenza A/H3N2/ subtype in children up to the age of 14 years in Poland during the 2016/2017 epidemic season was confirmed. These data coincide with those provided by other European countries (WHO 2017). This is in contradistinction to the preceding 2015/2016 season when the predominant variant was rather the A/H1N1/pdm09 subtype and when, in the latter part of the season, frequent influenza B types were observed; the finding unseen in Poland in 2016/2017 (Cieślak et al. 2017).

In children aged 0–14 years, 445 cases of influenza and influenza- like viruses were confirmed. Such a high number of cases reflects the widespread problem of low vaccination rate in Poland. Since the child’s immune system is not full matured, complications can often easily occur, which may lead serious morbidity or even or death (Życińska and Brydak 2007).

Funded by the NIP- NIH thematic subject 3/EM. The authors acknowledge a help from physicians and employees of the Voivodship Sanitary and Epidemiological Stations engaged in the SENTINEL program of influenza surveillance in Poland.