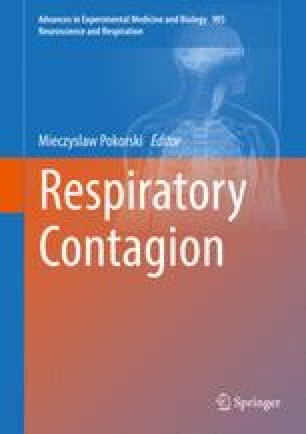 Morbidity rates of influenza could be greatly reduced due to vaccination. However, the virus is able to evolve through genetic mutations, which is why vaccines with updated composition are necessary every season. Their effectiveness depends on whether there is a good antigenic match between circulating viruses and vaccine strains. In Poland, the 2014/2015 influenza epidemic started in week 5 (January/February) of 2015 and continued until week 17 (April) of 2015. The influenza activity was moderate with the highest incidence of influence-like illness at week 10/2015 (March). During that season, antigenic drift of influenza virus A/H3N2/ occurred causing higher rates of A/H3N2/ infections. Among the 2416 tested specimens, 22.6 % of influenza cases were positive for A/H3N2/, while A/H1N1/pdm09 constituted 14.6 % cases. Influenza A viruses were detected in co-circulation with influenza B viruses; the latter amounted to 34.1 % of all influenza detections. Other detected causes of influenza-like illness consisted of respiratory syncytial virus (RSV), being predominant, and, sporadically, human coronavirus, parainfluenza 1–3, rhinovirus, and adenovirus. Despite low vaccine effectiveness of solely one component, A/H3N2/, the vaccine could mitigate or shorten the length of influenza infection and reduce the number of severe outcomes and mortality. Thus, vaccination against influenza remains the most effective way to prevent illness and possibly fatal outcomes.

Influenza reappears every season and is caused by circulating influenza type A and type B viruses. These viruses evolve through genetic mutations and resulting antigenic changes, what allows them to evade host immunity. Influenza vaccines have to be updated periodically in order to be effective in the following season. Hence, the constant need for seasonal vaccination. As it takes approximately 6 months to produce influenza vaccines, recommendations need to be done in advance. The World Health Organization (WHO) convenes annual meetings in February and September each year to establish the composition of influenza vaccine for the forthcoming season in the northern and southern hemispheres, respectively (Chambers et al. 2015; WHO 2014a; Webster et al. 2013).

During the 2013/2014 season, influenza A/Texas/50/2012-like viruses were predominant among circulating influenza A/H3N2/ viruses. In consequence, this virus was recommended as a vaccine component in February 2014. New groups of A/H3N2/ viruses were detected in late March, after vaccine manufacturing had begun. That led to an antigenic mismatch between circulating viruses and viruses included in the vaccine for the 2014/2015 season (ECDC 2014; WHO 2014b).

In the epidemic season 2014/2015, 2,416 clinical specimens were tested in Poland. Additionally, selected specimens from the Voivodship Sanitary Epidemiological Stations (VSES) were tested at the National Influenza Center of the National Institute of Public Health – National Institute of Hygiene, as the Reference Laboratory in Poland, to verify the results obtained in those stations. Specimens for testing consisted mainly from nasal and throat swabs. The patients were categorized into seven age-groups: 0–4, 5–9, 10–14, 15–25, 26–44, 45–64, and > 65 years old.

The RNA virus samples were typed in the VSES, thus only subtyping of influenza viruses was achieved. The detection of subtypes was performed by one-step real-time RT-PCR reaction, performed using Roche Light Cycler 2.0 System (Roche Diagnostics, Rotkreuz, Switzerland). RT-PCR reactions were performed in capillary tubes of 20 μl volume with 0.5 μl (20 nM) primers and 0.5 μl (5 nM) probes for each reaction. Primers and probes were obtained through the Influenza Reagent Resource (IRR) program from the American Centers for Disease Prevention and Control The reaction mixture, containing reaction buffer, MgSO4 buffer, BSA, RNase-free H2O, and SuperScript® III/Platinum® Taq Mix ((Invitrogen by Life Technologies – Thermo Fisher Scientific, Carlsband, CA), was incubated with 5 μl RNA sample per capillary tube. RNA from vaccine viruses A/California/7/2009(H1N1)pdm09 and A/Texas/50/2012(H3N2) were introduced as positive controls and RNase-free H2O was utilized as a negative control sample. Before DNA amplification cycles were begun, the RNA templates were reverse transcribed to produce the corresponding cDNA templates during reverse transcription procedure: 50 °C for 30 min. DNA templates were then subjected to the initialization step (1 cycle at 95 °C for 2 min), followed by 45 cycles of amplification: denaturation at 95 °C for 15 s, annealing at 55 °C for 30 s, and elongation at 72 °C for 20 s.

Each cDNA preparation was subjected to the RV12 PCR procedure according to the manufacturer’s instructions (Seegene, Seoul, South Korea). Afterward, amplicons were detected by gel electrophoresis.

In the epidemic seasons 2013/2014 and 2014/2015 in Poland, the number of specimens received from primary care physicians was similar, although the percentage of influenza and influenza-like infection confirmations was 10 % higher in the latter season. The 2014/2015 morbidity in children aged 0–4 years was twice as much as it had been in the former epidemic season. The vast majority of infections in this group of children was induced by influenza-like viruses (67.2 %). In both seasons, in the case of influenza-like viruses, the predominant virus was RSV. Infections caused by other respiratory viruses occurred sporadically.

Influenza cases were caused mainly by influenza type A (83.2 %). The proportion of influenza B was significantly higher in the 2014/2015 season than that in the previous season where it amounted to 1.2 % of all influenza confirmations (Bednarska et al. 2015).

While comparing data from Poland and Europe, it is apparent that the proportion of circulating viruses of influenza type A and B remains similar. In Europe and the whole world alike, the dominant strain was A/H3N2/, but it co-circulated with influenza A/H1N1/pdm09. The predominance of the A/H3N2/ strain also was noted in Poland, even taking into account the fact that not all the specimens tested within the SENTINEL and non-SENTINEL influenza surveillance were subtyped (Broberg et al. 2015; ECDC/WHO 2015; WHO 2015; McCauley et al. 2014, 2015; Rolfes et al. 2014).

In the 2014/2015 season, antigenic drift of the subtype A/H3N2/ decreased the effectiveness of vaccine against influenza. Yet vaccination remains the most effective and the cheapest method of influenza prevention (Broberg et al. 2015). Since 1968, the Advisory Committee on Immunization Practices (ACIP) recommends trivalent vaccines against influenza. They contain two subtypes of influenza virus A and one lineage of influenza virus type B. It should be emphasized that people, particularly those who receive vaccination every season, substantially enhance their immunological memory.

This work was funded in parts by research projects 2011/01/B/NZ7/06188 and NIPH-NIH’s subject 5/EM.1. The authors would like to acknowledge physicians and employees of VSES participating in SENTINEL program for their input into the influenza surveillance in Poland.