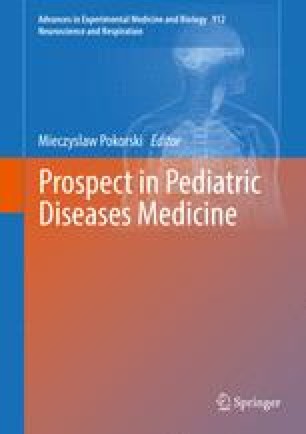 In every epidemic season, viral infections affect the general population, including children, which is an underestimated issue. The present study demonstrates the results of examination of 802 clinical samples obtained from pediatric patients aged 0–14 years during the 2014/2015 epidemic season in Poland. The study was part of the virological surveillance systems – SENTINEL and NON-SENTINEL. A positive result for virological infection was obtained in 50.9 % of samples tested. The distribution of positive results by the age-groups was as follows: 38.2 % in 0–4 years old, 8.5 % in 5–9 years old, and 4.2 % in 10–14 years old children. Influenza viruses accounted for 48.0 % and influenza-like viruses for 52.0 % of all positive samples. Concerning the influenza virus, molecular biology-based techniques confirmed the infection caused by influenza type A in 63.3 % of samples, consisting of unsubtyped A virus detected in 65.3 % of cases of this sample group, subtype A/H1N1/pdm09 in 28.2 %, and subtype A/H3N2/ in 6.5 %. Genetic material of influenza B was detected in 36.7 % of samples. In a group of influenza-like viruses, the predominant virus was respiratory syncytial virus (RSV) in as many as 96.2 % of samples, followed by parainfluenza viruses: PIV3 – 1.4 % and PIV1 – 1.0 %. Attention should be paid to the coinfection of respiratory viruses. There were six possible coinfection combinations reported in Poland, with four of them related to children up to 14 years old.

Influenza, a commonly occurring infectious disease, is caused by a capsular RNA virus. Influenza virus is an important cause of respiratory diseases among children. Young children do not have a well-formed immune system and 30 % of influenza infections occur in the first year of life. Studies also show that children younger than 2 years of age have a high rate of hospitalization attributable to influenza; the rates is comparable to that attributable to influenza among older adults (Izurieta et al. 2000; Neuzil et al. 2000). Healthy children are included in the high-risk group and should be vaccinated against influenza from the age of 6 months (Grohskopf et al. 2014). Unfortunately, the percentage of vaccinated children has been remaining at a very low level, namely 0.6–1.4 %, throughout many epidemic seasons. The annualized level of vaccinated children in Poland in the years 2010–2014, stratified by the age-groups, was as follows: 0.6–0.9 % in 0–4 years old and 1.1–1.5 % in 5–14 years old children (NIPH-NIH 2015). These low estimates are in stark contrast with the verified effectiveness of the trivalent vaccine in healthy children at the level of 59–65 % (Jefferson et al. 2008; Nichol 2008), which decisively points to the highly protective value of influenza vaccination in children. The objective of the present study was to examine clinical samples obtained from pediatric patients aged 0–14 years in one recent epidemic season in Poland to estimate the frequency and type of influenza and influenza-like infections.

The study was approved by an institutional Ethics Committee and was conducted in comport with the principles for biomedical human research as set by the Declaration of Helsinki.

In the 2014/2015 epidemic season, i.e., during the period dating from the 40th week of 2014 to the 28th week of 2015, virological data were collected within the framework of SENTINEL and NON-SENTINEL surveillance programs. The programs are thought to represent a population sample of the country and form a basis for dealing with influenza infection in a subsequent epidemic season. Eight hundred and two clinical specimens from patients aged 0–14 years were tested in 16 Voivodeship Sanitary Epidemiological Stations and in the National Influenza Center of the National Institute of Public Health – National Institute of Hygiene (NIPH-NIH) in Poland. The specimens consisted of nasal swabs, throat swabs, and bronchoalveolar lavage fluid. The patients were stratified by age-groups into: 0–4 years old, 5–9 years old, and 10–14 years old. Epidemiologic data collected from the SENTINEL influenza surveillance concerned only the 0–4 years old and 5–14 years old children.

The viral RNA was extracted using a QIAamp Viral RNA Mini Kit (Qiagen; Hilden, Germany) from 140 μl of clinical samples in viral transport medium consisting of phosphate-buffered saline, according to the manufacturer’s instructions. The RNA was eluted with 50 μl of RNase-free water.

Out of the 802 clinical samples examined in the present study, a positive virology result was obtained in 50.9 % of samples tested. Of those samples with positive virology, 75.0 % was found in the group of 0–4 years of age, 16.7 % in the group of 5–9 years of age, and 8.3 % in the group of 10–14 years of age (Fig. 3). Influenza viruses accounted for 48.0 % of confirmations and influenza-like viruses were detected in 52.0 % of all positive samples. Molecular biology-based techniques confirmed the infections caused by influenza type A in 63.3 % of samples, including influenza virus unsubtyped A which was detected in 65.3 % of cases, subtype A/H1N1/pdm09 in 28.2 %, and subtype A/H3N2/ in 6.5 % of cases. Further, genetic material of influenza B was detected in 36.7 % of samples. With respect to the confirmation of influenza-like viruses, the predominant virus was RSV in as many as 96.2 % of samples, a lower percentage of detected viruses accounted for the family of parainfluenza: PIV3 – 1.4 % and PIV1 – 1.0 %. In addition, the presence of rotavirus was found in 1.4 %. In all three age-groups in the 2014/2015 epidemic season, the predominant influenza infection was with the A/H1N1/pdm09 subtype and as for other viral respiratory infections it was with RSV virus. Data on the diagnostic confirmations in each age-group are tallied in Table 1.
Table 1

Attention should be paid to the coinfection with respiratory viruses. There were six possible coinfection combinations reported in Poland, with four of them related to children up to 14 years of age (Table 2).
Table 2

The findings of this study demonstrate that the most frequent incidences of influenza and influenza-like illness concerned children aged 0–4 years in the 2014/2015 epidemic season. The predominant type of influenza virus in this season was A/H1N1/pdm09 virus – 28.2 %, while in the preceding season it was A/H3N2/ virus – 38.3 %. Among influenza-like viruses, in both seasons, the predominant virus was the RSV: this influenza season – 96.2 % and the preceding season – 87.8 %. Of note is a sharp increase in the prevalence of influenza type B virus as a casual factor of infection, which accounted for 36.7 % of positively identified cases in the presently investigated samples of the 2014/2015 season compared with the meager 1.2 % in the preceding 2013/2014 season. Interestingly, the number of confirmations of influenza type B virus increased with increasing age of children, the largest proportion of type B virus was noted in the group of 10–14 years of age (Fig. 4).

The best protection against influenza for children is immunization. However, there is a mistaken view making the rounds that young children should not be vaccinated. The American Academy of Pediatrics and the U.S. Centers for Disease Control and Prevention Advisory Committee on Immunization Practices recommend routine influenza immunization for healthy children aged 6–23 months, with the aim of reducing influenza incidence and mortality of elderly people living in families along with children (Fiore et al. 2008; American Academy of Pediatrics Committee on Infectious Diseases 2004). The WHO recommends vaccination against influenza from 6 months of age. Negri et al. (2005) have shown that the average efficacy of vaccines for children aged 6 months to 16 years is 65 %. The efficacy of influenza vaccine is affected by the antigenic relationship between strains included in the vaccine and those circulating in a given epidemic season. A study conducted by Joshi et al. (2009) has shown that when there is a good antigenic match of circulating and those included in the vaccine viruses, the effectiveness of vaccination in children below 5 years of age is within 60–85 %. Vaccination of children signifies a reduction in treatment costs for influenza. It has been shown that the cost of treating influenza in children under 2 years of age is higher than that in children aged 2–5 years. The higher cost is associated with parental childcare and related absenteeism at work (Esposito et al. 2011).

In conclusion, influenza is an important clinical, epidemiological, and economic problem, not only in the adult population but also in children. Influenza infection in children remains an undervalued issue.

This work was funded in part by grants 2011/01/B/NZ7/06188 and NIPH-NIH 5/EM.1. We would like to thank physicians and employees of VSESs participating in SENTINEL program for their input into the influenza surveillance in Poland.