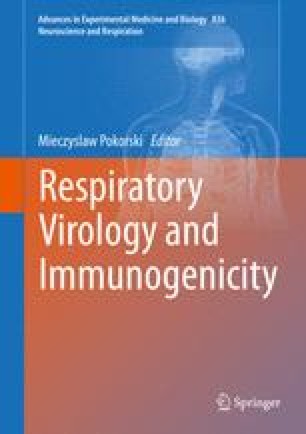 The project Influenza Vaccine Effectiveness-Monitoring (I-MOVE) is part of the European research carried out by the ECDC (European Center for Disease Prevention and Control), aimed at monitoring the effectiveness of vaccination in Europe during the growing incidence of flu and influenza-like illnesses in the coming epidemic seasons. Laboratory studies using molecular RT-PCR biology methods for detection of genetic material of influenza virus and other respiratory viruses were performed by Voivodeship Sanitary-Epidemiological Stations in Poland. The validation of the results of swabs taken from the nose and throat were carried out in the Department of Influenza Research, National Influenza Center in Warsaw. The study involved 210 samples from patients across Poland. Positive results were recorded for 72.4 % of the samples; influenza virus type A was detected in 43 and type B in 38 cases, whereas in 71 cases other respiratory viruses were detected, which included Human parainfluenza virus type 1–4; Human respiratory syncytial virus type A and B; Human coronavirus 229E/NL63, OC43; Human rhinovirus type A, B, and C; Human enterovirus; and Human adenovirus. The results show that although influenza viruses predominated in the 2010/2011 season in Poland, other flu-like viruses also abounded.

A great number of influenza cases are recorded in each epidemic season, although with varying intensity (Van-Tam and Sellwood 2013; Kissling et al. 2011; Brydak 2008). Influenza occurs in every climate and latitude. In Central Europe, the incidence of influenza and influenza-like illnesses usually starts increasing from January to March (Globinska and Kowalski 2012; Brydak 2008). In Poland, the number of cases of influenza and influenza-like illnesses in a single season varies from a few thousands to several million (Globinska and Kowalski 2012; Brydak 2008; Romanowska and Brydak 2007). The recorded cases are tallied from the reports of family doctors who are on the frontline of contact with patients. Depending on the number of cases they report, the epidemiological and virological interpretation is conducted on a national scale as well as a comparative evaluation on a global scale.

The project Influenza Vaccine Effectiveness-Monitoring (I-MOVE) is part of the European research coordinated by the ECDC, the primary purpose of which is to monitor the effectiveness of influenza vaccination in Europe during the growth of the disease (Kissling et al. 2011). The project has been implemented in 12 countries in the European Union. Poland joined this program for the first time in the epidemic season of 2010/2011.

The preparation of this manuscript was approved by an Institutional Board for Research. The material consisted of 210 swabs from the nose and throat taken by primary care physicians who classified patients of all ages with symptoms of upper respiratory tract infection for the examination according to the European criteria for influenza-like illness (ECDC 2013). Detection of the genetic material of influenza virus was performed by an RT-PCR method in the Voivodeship Sanitary-Epidemiological Stations. The collection and validation process of virological data was coordinated by the Influenza Virus Research Institute of the National Center for Influenza in Warsaw, Poland. The tests were designed to investigate the genetic presence of RNA of influenza viruses A and B, and also that of another 15 respiratory viruses, including Human parainfluenza virus type 1–4, Human respiratory syncytial virus type A and B, Human coronavirus 229E/NL63 and OC43, Human rhinovirus type A, B, and C, Human enterovirus, and Human adenovirus (RV 15 OneStep ACE Detection; Seegene, Seoul, South Korea). The methodology consisted of the determination in the reaction mixture of specific amplification product corresponding by its multiplicity to the fragment of a searched virus genome, limited at both sides with the sequences of primers used in the PCR. In order to estimate the size of the resulting PCR product, it was necessary to conduct a comparative analysis with the pattern of the size of DNA which contained fragments of various known sizes of DNA. The reading was performed by applying Amplicon to the agarose gel and carrying out an electrophoretic separation of the swabs, followed by inspecting and documenting the results with a GelDoc device and Quantity One software (Bio-Rad; Hercules, CA).

2.1 Collection of Clinical Material for Testing

Obtaining a reliable laboratory result of a virological test depends on a number of factors, most of which depend on the physician’s collecting the material. They include the following:Failure to meet the specified requirements may result in a false negative result, which may have an impact on patients’ treatment (Wozniak-Kosek and Brydak 2013; Romanowska and Brydak 2007). The optimal time for the sample collection is within 4–5 days, when symptoms are the strongest. The material could be a swab from the nose or throat, nasopharyngeal washes, aspirates from the nasopharynx, or the cerebrospinal fluid (Nitsch-Osuch et al. 2013; Wozniak-Kosek and Brydak 2013). Each sample taken from a patient and sent to the laboratory included information about the patient’s age, gender, influenza vaccination, the anti-viral medicines taken, the onset of symptoms, and the date of material collection.

Of the 210 samples obtained from physicians participating in the I-MOVE project, detection of respiratory viral genetic material was successful in 152 cases (72.4 %). Other pathogens responsible for respiratory tract infections, in addition to bacteria and viruses, were fungi and parasites. Figure 1 presents the percentage of viruses detected in clinical specimens.
The results show that influenza and other respiratory viruses are a major clinical, virological, and epidemiological problem. In the samples from the epidemic season of 2010–2011 in the I-MOVE project, the presence of the genetic material of influenza virus type A and B was detected in 81 cases, which represented 38.6 % of all samples investigated; the share held by the influenza virus type A/H1N1/pdm09 is shown in Fig. 2. In the remaining 71 positive samples, i.e., 33.8 %, the following respiratory viruses were detected: Human parainfluenza virus type 1–4, Human respiratory syncytia virus type A and B, Human coronavirus 229E/NL63 and OC43, Human rhinovirus type A, B, and C, Human enterovirus, and Human adenovirus.
In 23 (11 %) cases, a co-infection with two respiratory viruses was reported, which constitutes a serious clinical problem because of the lack of suitable, effective antiviral drugs. The neuraminidase inhibitors, such as oseltamivir and zanamivir, are suitable only influenza treatment. These drugs are not effective in preventing infections caused by other viruses in the respiratory system. The arrangement of co-infecting viral pairs detected is presented in Table 1.
Table 1

Outbreaks of the influenza and influenza-like viruses occur every epidemic season, covering 5–25 % of the world’s population (Brydak 2008). For many years, medicine has been using molecular biology methods of a rapid viral diagnosis that is beneficial not only for the individual patient but also results in the economic benefits for the country (Van-Tam and Sellwood 2013). The most cost-effective way to combat influenza is prevention and vaccination. Viruses infecting epithelial cells of the respiratory tract cause a diverse defense response of the organism and try in different ways to avoid the immune mechanisms aimed at eliminating infectious agents (Globinska and Kowalski 2012). An understanding of ways by which viruses avoid body’s antiviral response may serve as a tool for developing new methods for treatment of respiratory diseases. The integrated epidemiological and virological influenza surveillance system conducted in Poland (Brydak et al 2013; Wozniak-Kosek and Brydak 2013), as well as international projects such as I-MOVE, significantly contribute to the evaluation of the spread of the influenza and other respiratory viruses in the population investigated. Such programs also allow assessing and comparing the epidemiological and virological situation in different countries, which results in a greater awareness of vaccinations, such as against influenza.

The author would like to thank Dr. Iwona Paradowska-Stankiewicz, the I-MOVE project coordinator in Poland for enabling the implementation of virological tests in this regard and Prof. L.B. Brydak for supervising the virological work associated with the project.

The author declares no conflict of interests in relation to this article.

Cite this chapter as:
Woźniak-Kosek A. (2014) Detection of Influenza and Other Respiratory Viruses Carried Out in the Influenza Project – Monitoring Vaccine Effectiveness (I-MOVE). In: Pokorski M. (eds) Respiratory Virology and Immunogenicity. Advances in Experimental Medicine and Biology, vol 836. Springer, Cham