The Chemical and Pharmaceutical Industry in China 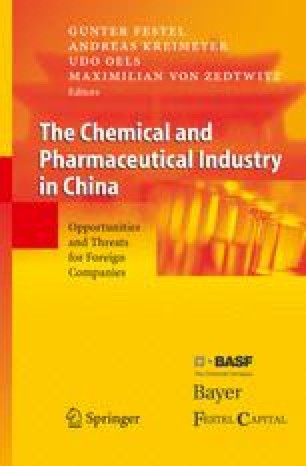 DSM in China: In Touch with Evolving Needs in the Specialty Chemicals Market

The author especially thanks Ari van der Steenhoven, Chief Representative and General Manager of DSM in China from 1992 until 2004. Ari gave valuable input and provided a lot of insights regarding DSM's early growth years in China. Ari started DSM's operations in China in 1992 with only one assistant, and when he retired in 2004 DSM China had grown into an organization with more than 3,000 employees and various joint ventures, wholly owned entities and sales offices.

Cite this chapter as:
Sommer S. (2005) DSM in China: In Touch with Evolving Needs in the Specialty Chemicals Market. In: Festel G., Oels U., Kreimeyer A., von Zedtwitz M. (eds) The Chemical and Pharmaceutical Industry in China. Springer, Berlin, Heidelberg