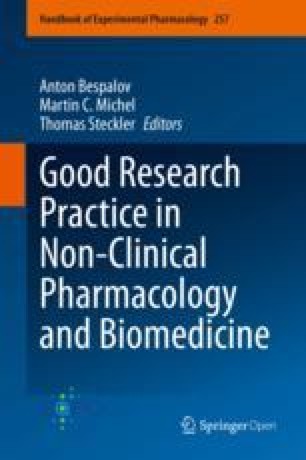 Any given research claim can be made with a degree of confidence that a phenomenon is present, with an estimate of the precision of the observed effects and a prediction of the extent to which the findings might hold true under different experimental or real-world conditions. In some situations, the certainty and precision obtained from a single study are sufficient reliably to inform future research decisions. However, in other situations greater certainty is required. This might be the case where a substantial research investment is planned, a pivotal claim is to be made or the launch of a clinical trial programme is being considered. Under these circumstances, some form of summary of findings across studies may be helpful.

Summary estimates can describe findings from exploratory (observational) or hypothesis testing experiments, but importantly, the creation of such summaries is, in itself, observational rather than experimental research. The process is therefore particularly at risk from selective identification of literature to be included, and this can be addressed using systematic search strategies and pre-specified criteria for inclusion and exclusion against which possible contributing data will be assessed. This characterises a systematic review (in contrast to nonsystematic or narrative reviews). In meta-analysis, there is an attempt to provide a quantitative summary of such research findings.

The amount of relevant in vivo data is substantial, and nonsystematic attempts to summarise what is already known may draw misleading conclusions. Because the selection of included information is an objective process, it is not possible critically to appraise the conclusions drawn, other than by reference to the reputation of the authors (as indeed is the case with the current work). Systematic review offers a transparent approach to identifying relevant information such that it would be possible for others to replicate the approach. Such reviews also allow ascertainment of the features of a body of work, which might lead to suggestions for how a field might seek improvement. Meta-analysis allows a quantitative summary of overall effects, any association between various study design factors and observed outcome, an assessment of the likelihood of publication bias and recommendations for sample size calculations for future experiments.

While the process is burdensome, the value of the information obtained is substantial, and emerging automation tools are likely substantially to reduce the costs, and the time taken, for systematic review and meta-analysis.