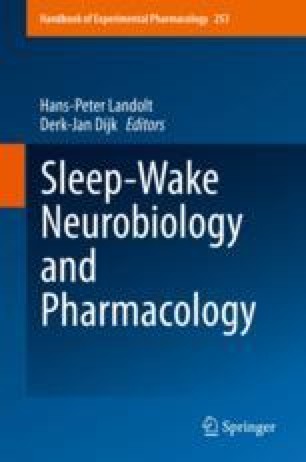 Metabolite Clearance During Wakefulness and Sleep

We would like to thank Vartan Kurtcuoglu for providing a preprint of Asgari et al. (2016) and Berislav Zlokovic and Abhay Sagare for constructive criticism of a draft of Sect. 3.4 and further explanation of the calculations in Shibata et al. (2000) and Bell et al. (2007).

The evidence that extramural perivascular spaces can exist is convincing as large particles can be introduced into them (see e.g. Carare et al. 2008) and during influx of fluorescent tracers the spaces protrude beyond the dimensions of the vessel walls (see e.g. Figs. 2 and 3 in Iliff et al. 2012). The case against their normal existence along arterioles and venules is largely that they are rarely seen in fixed, sectioned tissue. However, spaces, particularly labile spaces, are likely to be difficult to fix, so this type of evidence is not in itself compelling (see e.g. Fig. 2 in Bakker et al. 2016). Arbel-Ornath et al. (2013) used two-photon imaging to investigate the position of a 3 kDa dextran during efflux following injection into the parenchyma. Shortly after injection they saw fluorescence within the parenchyma, in perivascular spaces surrounding small arteries and, at lower concentration, between the smooth muscle cells.

There is extensive and convincing evidence that solutes can rapidly reach the basement membranes between the smooth muscle cells (see e.g. Carare et al. 2013a), but it has not been established whether the solutes reach these locations by movement along the basement membranes as favoured by Weller, Carare, Hawkes and colleagues (see e.g. Morris et al. 2016) or via movement along the vessels via extramural pathways and penetration from these into the basement membranes within the vessel wall. This is discussed in Section “Clearance via Perivascular Routes”. While it has been possible to observe solutes moving inwards via extramural periarterial spaces (Iliff et al. 2012) and outwards via some periarterial route (Dienel and Cruz 2008; Arbel-Ornath et al. 2013), so far it has not been possible to observe solutes progressing via either perivenular or specifically intramural periarterial routes.

Use of Eqs. (12) or (13) may have affected the estimates of the fractions of Aβ effluxed and retained. In Shibata et al., it may have led to a small overestimate of the rate constant for efflux. In Bell et al., the fraction retained was small, i.e. k2 ≪ k1, and Eq. (12) is then almost the same as Eq. (11). However, the units stated in the methods section of that paper for k1 and k2 were pmol min−1 g−1 while those actually used in the calculations were min−1 as in Shibata et al. The values reported in Tables 1 and 2 are calculated rates of efflux with the units stated, pmol min−1 g−1. These rates were calculated as the initial amount present, ~13 pmol/g ISF (assuming the mass of ISF is 1/10th that of the tissue), times the corresponding rate constant obtained using Eq. (12) (Abhay Sagare, personal communication).