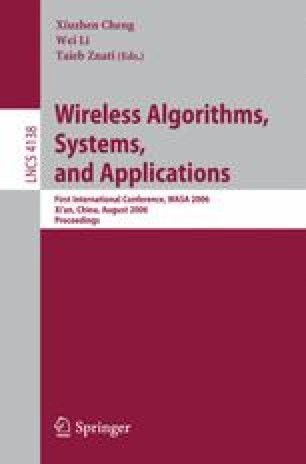 Wireless technologies, such as IEEE 802.11, provide for multiple non-overlapping channels. Typical multi-hop wireless network configurations have only used a single channel for the network. The available network capacity can be increased by using multiple channels. However, the number of interfaces per node is expected to remain smaller than the number of channels, and therefore a single node cannot simultaneously use all the channels.