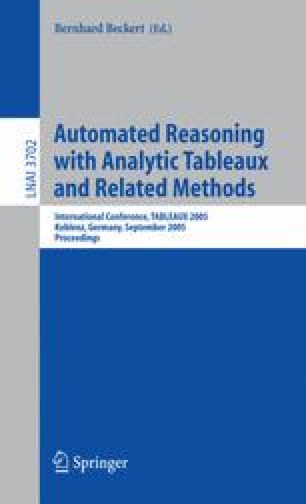 In peer-to-peer (P2P) systems, each peer exports information in terms of its own schema, and interoperation is achieved by means of mappings among the peer schemas. Peers are autonomous systems and mappings are dynamically created and changed. One of the challenges in these systems is processing queries posed to one peer taking into account the mappings. Obviously, query processing strongly depends on the semantics of the overall system.

In this talk, we overview the various approaches that have been proposed for modeling P2P systems, considering several central properties of such systems, such as modularity, generality, and computational issues related to query processing. We argue that an approach based on epistemic logic is superior with respect to all the above properties to previously proposed approaches based on first-order logic. Specifically, the epistemic logic approach naturally captures the modular nature of P2P systems, and moreover query answering can be performed efficiently (i.e., polynomially) in the size of the data stored in the various peers. This holds independently of the topology of the mappings among peers, and hence respecting one of the fundamental assumptions in P2P systems: namely, that peers are autonomouns entities that can establish mappings to other peers without requiring the intervention of any centralized authority.