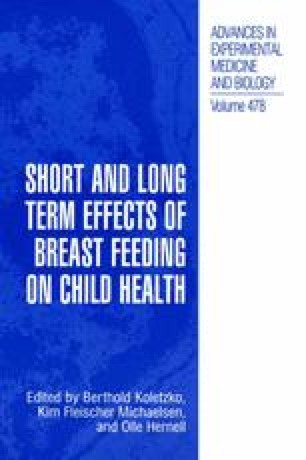 Nutrients, Growth, and the Development of Programmed Metabolic Function

For each individual, the genetic endowment at conception sets the limits on the capacity or metabolic function. The extent to which this capacity is achieved or constrained is determined by the environmental experience. The consequences of these experiences tend to be cumulative throughout life and express themselves phenotypically as achieved growth and body composition, hormonal status and the metabolic capacity for one or other function. At any time later in life the response to an environmental challenge, such as stress, infection or excess body weight is determined by an interaction amongst these factors. When the metabolic capacity to cope is exceeded, the limitation in function is exposed and expresses itself as overt disease. During early life and development the embryo, fetus and infant are relatively plastic in terms of metabolic function. The effect of any adverse environmental exposure is likely to be more marked than at later ages and the influence is more likely to exert a fundamental effect on the development of metabolic capacity. This has been characterised as “programming” and has come to be known as “the Barker hypothesis” or “the fetal origins hypothesis”. Barker has shown that the size and shape of the infant at birth has considerable statistical power to predict the risk of chronic disease in later life. These relationships are graded and operate across a range of birth weight, which would generally be considered to be normal, and are not simply a feature of the extreme of growth retardation. The first evidence showed strong relations between birth weight and heart disease, the risk factors for heart disease, diabetes and hypertension, and the intermediary markers for heart disease, blood cholesterol and fibrinogen. Strong associations have also been found for bone disease, allergic disease and some aspects of brain function. In experimental studies in animals it is possible to reproduce all of the metabolic features predicted from this hypothesis by moderating the consumption of food, or its pattern during pregnancy, and determining metabolic behaviour in the offspring. It has been shown that aspects of maternal diet exert an influence on fetal growth, especially the dietary intake of carbohydrate, protein and some micronutrients. However, these relationships are less strong than might have been predicted, especially when compared with the associations which can be drawn with maternal shape, size and metabolic capacity. Maternal height, weight and body composition relate to the metabolic capacity of the mother and her ability to provide an environment in which the delivery of nutrients to the fetus is optimal. Current evidence suggests that the size of the mothers determines her ability to support protein synthesis, and that maternal protein synthesis, especially visceral protein synthesis, is very closely related to fetal growth and development. It is not clear the extent to which the effect of an adverse environment in utero can be reversed by improved conditions postnatally, but some care is needed in exploring this area, as the evidence suggests that “catch-up” growth imposes its own metabolic stress and may in itself exert a harmful effect.