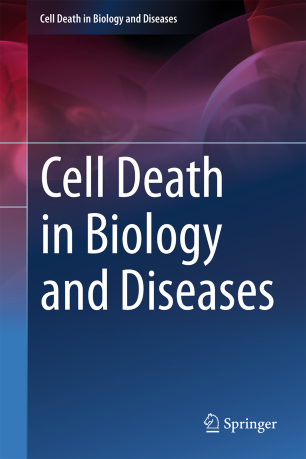 Cell Death in Biology and Diseases

Cell death, or conversely cell survival, is a major biological phenomenon. Just as cell proliferation and cell differentiation, cell death is a choice that a cell has to make, sometimes voluntarily, other times accidentally. As such, cell death serves a purpose in the biology of a multicellular organism. The machinery for cell death and that which protects against cell death are evolutionarily conserved and their elements can even be found in single-celled organism. The disruption of the cell death mechanism can often cause developmental abnormalities. Factors that can trigger cell death are diverse and cell death can directly contribute to the pathogenesis of many diseases, including cancer, neurodegenerative diseases and tissue injury. The molecular mechanisms of cell death and cell survival are complicated and often intertwined with other cellular machineries, such as that for cell proliferation, cell differentiation, thus casting a broadly connected signaling network. The study of cell death and cell survival has become a multi-disciplinary subject, which requires expertise from all fields of the modern biology. The exploration of the role of cell death in disease development and the modulation of cell death for treating devastating disease demands constant update of our knowledge and broadest interactions among all investigators, basic and clinical. It is thus the aim of this book series to timely summarize the new development in cell death field and to present them in a systemic way so that they could be readily accessible by students, researchers, and clinicians from different disciplinarians. We hope that this availability of a detailed set of information will turn into great opportunities for new discoveries and new applications in biology and in diseases.