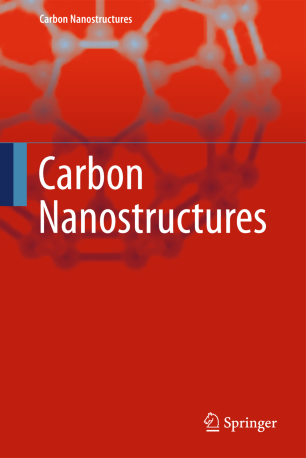 Carbon is intimately connected to almost everything we deal with in a daily basis. Due to its outstanding properties, such as high stability at environmental conditions, different hybridizations, strong covalent bond formation and easy of compounds formation, carbon has been a topic of scientific interest in several areas. Indeed, starting in the 19th century, chemists have devoted a whole field to study carbon-based compounds, which is, nowadays, known as Organic Chemistry. Remarkably, the last 30 years have been witnessing an exponential advance in the science involving carbon and carbon structures. Since the discovery of Fullerenes in 1985, which was awarded the Nobel Prize in Chemistry in 1996, carbon nanostructures have been attracting a great deal of attention from the research community. This public interest dramatically increased after the publications by the Iijima and Bethune groups on single-wall carbon nanotubes in 1993 and found a “new research era” with the isolation of a monolayer of carbon atoms, also called graphene, which conducted groundbreaking experiments demonstrating outstanding phenomena such as the Klein-Tunneling and the fractional quantum hall effect. No wonder, graphene was the object of the 2010 Nobel Prize in Physics.

The "Carbon Nanostructures” book series covers the state-of-art in the research of nanocarbons and their applications. Topics related to carbon allotropes such as diamond, graphite, graphene, fullerenes, metallofullerenes, solid C60, bucky onions, foams, nanotubes and nanocones, including history, theory, synthesis, chemistry & physics, Biophysics & engineering, characterization methods, properties and applications are welcome. Within the “Carbon Nanostructures” book series, the reader will find valuable, up-to-date account of both the newer and traditional forms of carbon. This book series supports the rapid expansion of this field and is a valuable resource for students and professionals in several different areas.

Springer welcomes new book ideas from potential authors. If you are interested in publishing your book in this series, please contact us via mayra.castro@springer.com