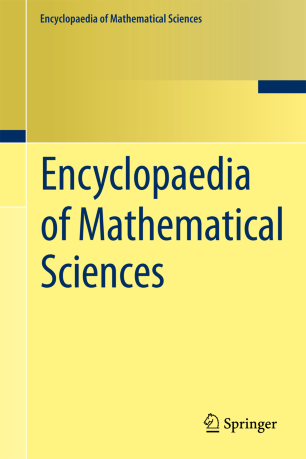 The articles report on a topic in terms of the major concepts and results, without giving details of proofs unless these are intrinsically instructive, and situating them in the broader context of the field and of the interactions with neighbouring fields.

The series started as a joint effort with the Soviet publisher VINITI.

Starting with Volume 100, the Encyclopaedia of Mathematical Sciences follows a new concept. Its main features are as follows: several new subseries have been launched and more are in preparation. Each new subseries has a team of editors who develops the scientific concept of the subseries.

The current new subseries are: