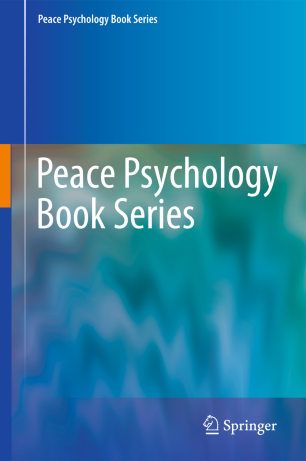 The scope of threats to human security at the dawn of the 21st century is daunting. Terrorism, weapons of mass destruction, nuclear proliferation, failed states, ideological struggles, growing resource scarcities, disparities in wealth and health, globalizing trends, violations of human rights, and the continued use of force to advance individual, group and national interests, are all complex problems. At the same time, we are witnessing countervailing trends in the growing recognition and endorsement of nonviolent means of resolving differences, the importance of reconciliation processes in human relations, the promotion of cultures of peace, and the building of societal structures and global institutions that promote peace, human rights and environmental sustainability. During the past 20 years, peace psychology has emerged as a specialty in psychology with its own knowledge base, perspectives, concepts, and preferred methodologies to grapple with threats to human security and seize opportunities to promote human well-being. In regard to the problem of violence, peace psychology scholars and activists place human psychology and its links to other disciplines at the center of their efforts to prevent and mitigate episodes of violence and structural forms of violence. In addition to reducing violence, peace psychologists seek to develop theory and practices that promote relational harmony across levels (from interpersonal relations to global networks) and equitable human well-being. The Peace Psychology Book Series recognizes that the emerging and multi-faceted problems of human security challenge us as scholars and activists to develop psychologically-informed theory that will deepen our understanding of the major threats to human security, and create practices that will help us address some of the most urgent and profound issues that bear on human well being and survival in the 21st century.