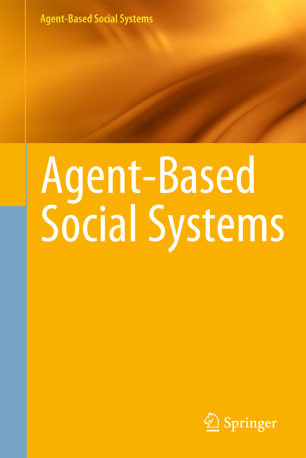 The series will provide a systematic study of the various new cross-cultural arenas of the human sciences. Such an approach has been successfully tried several times in the history of the modern science of humanities and systems and has helped to create such important conceptual frameworks and theories as cybernetics, synergetics, general systems theory, cognitive science, and complex adaptive systems.

We want to create a conceptual framework and design theory for socioeconomic systems of the twenty-first century in a cross-cultural and transdisciplinary context. For this purpose we plan to take an agent-based approach. Developed over the last decade, agent-based modeling is a new trend within the social sciences and is a child of the modern sciences of humanities and systems. In this series the term “agent-based”

is used across a broad spectrum that includes not only the classical usage of the normative and rational agent but also an interpretive and subjective agent. We seek the antinomy of the macro and micro, subjective and rational, functional and structural, bottom-up and top-down, global and local, and structure and agency within the social sciences. Agent-based model-ing includes both sides of these opposites. “Agent” is our grounding for modeling; simula-tion, theory, and real-worldgrounding are also required. As an approach, agent-based simulation is an important tool for the new experimental fields of the social sciences; it can be used to provide explanations and decision support for real-world problems, and its theories include both conceptual and mathematical ones. A conceptual approach is vital for creating new frameworks of the worldview, and the mathematical approach is essential to clarify the logical structure of any new framework or model. Exploration of several different ways of real-world grounding is required for this approach. Other issues to be considered in the series include the systems design of this century’s global and local socioeconomic systems.