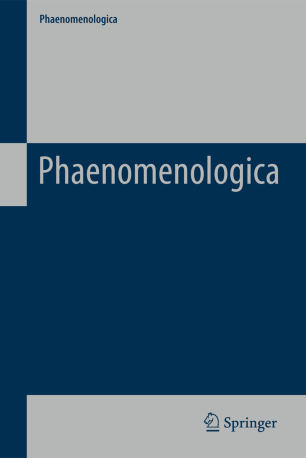 Series Founded by H. L. Van Breda and Published Under the Auspices of the Husserl-Archives

SCOPE: Phaenomenologica is the longest running phenomenological book series world-wide. It was originally founded as a companion series to the Husserliana, and its first volume appeared in 1958. To this day, the series publishes studies of Husserl's work and of the work of related thinkers, investigations into the history of phenomenology, in-depth studies of specific aspects of phenomenology and phenomenological philosophy, and independent phenomenological research by scholars from all over the world. This unique series now unites several generations of phenomenologists, including Emmanuel Levinas, Jan Patočka, Eugen Fink, Roman Ingarden, Alfred Schutz, Bernhard Waldenfels and Marc Richir.

Initial inquiries and manuscripts for review should be sent directly to the attention of the Series Editors at phaenomenologica@kuleuven.be.