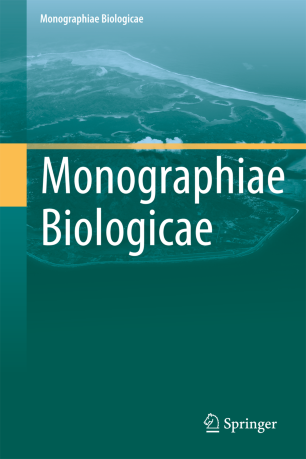 The Monographiae Biologicae provide a forum for top-level, rounded-off monographs dealing with the biogeography of continents or major parts of continents, and the ecology of well individualized ecosystems such as islands, island groups, mountains or mountain chains. Aquatic ecosystems may include marine environments such as coastal ecosystems (mangroves, coral reefs) but also pelagic, abyssal and benthic ecosystems, and freshwater environments such as major river basins, lakes, and groups of lakes.

In-depth, state-of-the-art taxonomic treatments of major groups of animals (including protists), plants and fungi are also elegible for publication, as well as studies on the comparative ecology of major biomes. Volumes in the series may include single-author monographs, but also multi-author, edited volumes.

Prospective authors and/or editors should consult the Series Editors for more details. Any comments or suggestions for future volumes are welcomed;