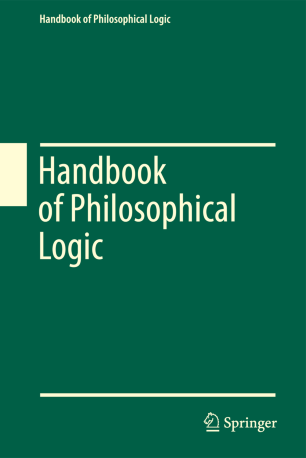 It is with great pleasure that we are presenting to the community the Second Edition of this extraordinary handbook. It has been over 15 years since the publication of the first edition and there have been great changes in the landscape of philosophical logic since then.

The first edition was the second handbook published for the logic community. The four-volume Handbook of Philosophical Logic, published between 1983 and 1989 came at a fortunate temporal junction at the evolution of logic. These were the times when logic was gaining ground in computer science and artificial intelligence circles. These areas were under increasing commercial pressure to provide devices which help or replace the human in his daily activity. This pressure required the use of logic in the modeling of human activity and organisation on the one hand and to provide the theoretical basis for the computer program constructs on the other. The result was that the Handbook of Philosophical Logic, which covered most of the areas needed from logic for these active communities, became their bible.

The increased demand for philosophical logic from computer science and artificial intelligence and computational linguistics accelerated the development of the subject directly and indirectly. It directly pushed research forward, stimulated by the needs of applications. New logic areas became established and old areas were enriched and expanded. At the same time, it socially provided employment for generations of logicians residing in computer science, linguistics and electrical engineering departments which of course helped keep the logic community thriving. In addition to that, it so happens (perhaps not by accident) that many of the Handbook contributors became active in these applications areas and