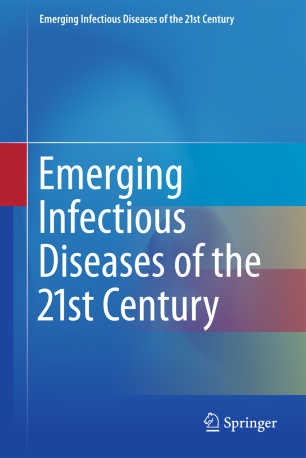 Infectious diseases have been the scourge of mankind for centuries with such dreaded pestilence as the Black Death (plague) between the fourteenth and eighteenth centuries, and cholera epidemics intermittently from the sixteenth to the twentieth century. Previously dreaded diseases such as smallpox and poliomyelitis have been or will soon be eliminated from the world. However, many pathogens of the past are still with us today and are capable of creating havoc and pandemics (such as the Influenza virus).

The advent of vaccines and antibiotics in the mid-twentieth century gave false hope to medical professionals and politicians that infectious diseases would be a relic of the past by the end of the twentieth century. Quite the contrary has occurred with new emerging infectious diseases being recognized, as we are currently witnessing with the AIDS pandemic, and the re-emergence of older, known microbes.

The Emerging Infectious Diseases of the 21st Century series aims to address these new challenging infections and the surrounding issues facing physicians and mankind in this new century. Old or established pathogens such as Mycobacterium tuberculosis and malaria are now re-emerging or spreading across the globe in a more treatment-resistant form. These and other aggressive and difficult pathogens are addressed in the initial volume of the series, "Reemergence of Established Pathogens in the 21st Century" by world-renowned, leading experts in the field. Among the initial volumes is a review of the exciting area of new concepts of the relationship between microbes and the cardiovascular system: "Infection and the Cardiovascular System: New Perspectives" by a leading researcher in this area. Further volumes of the series address newly recognized pathogens such as Nipah virus, the emergence of old world pathogens in the new world, such as West-Nile virus, and many others.