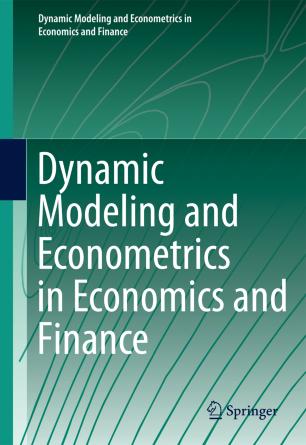 Dynamic Modeling and Econometrics in Economics and Finance

In recent years there has been a rapidly growing interest in the study of dynamic nonlinear phenomena in economic and financial theory, while at the same time econometricians and statisticians have been developing methods for modeling such phenomena. Despite the common focus of theorists and econometricians, both lines of research have had their own publication outlets. The new book series is designed to further the understanding of dynamic phenomena in economics and finance by bridging the gap between dynamic theory and empirics and to provide cross-fertilization between the two strands.
The series will place particular focus on monographs, surveys, edited volumes, conference proceedings and handbooks on:

The target audience of this series includes researchers at universities and research and policy institutions, students at graduate institutions, and practitioners in economics, finance and international economics in private or government institutions.