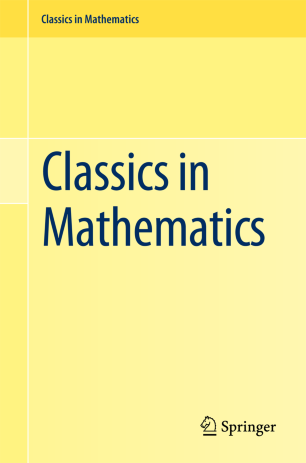 A Series of Comprehensive Studies in Mathematics

Springer began publishing books in higher mathematics in 1920, when the series "Grundlehren der mathematischen Wissenschaften", initially conceived as a series of advanced textbooks, was founded by Richard Courant. A few years later a new series "Ergebnisse der Mathematik und ihrer Grenzgebiete", survey reports of recent mathematical research, was added. Of over 400 books published in these series, many have become recognized classics and remain standard references for their subject. In the CiM series, Springer has reissued a selected few of these highly successful books in an inexpensive sofcover edition to make them easily accessible to younger generations of students and researchers.