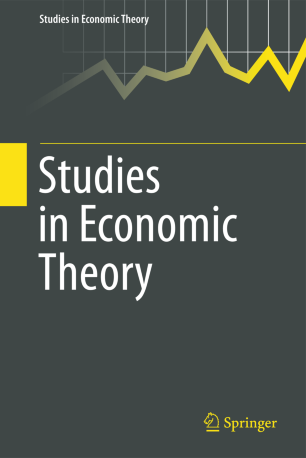 This series is a forum for new ideas and concepts concerning recent developments and unsolved problems in economics. Publications in the series include topics such as classical and modern equilibrium theory, cooperative and non-cooperative game theory, macroeconomics, social choice and welfare, intertemporal economics (including dynamical systems), public economics, international and developmental economics, financial economics, and industrial organization. Up to 2007, 27 important monographs and edited books were published in the Studies in Economic Theory, which were relaunched in order to be reestablished as a major outlet for economic theorists, such as the journal Economic Theory is a preferred journal for researchers in the field.