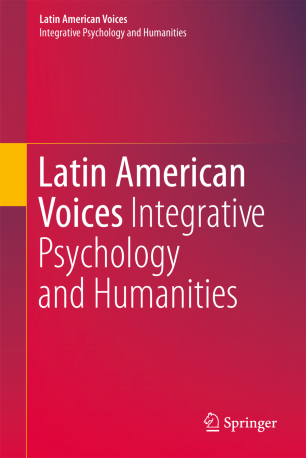 In the last decades, Latin America has been a productive and fertile ground for the advancement of theoretical and empirical elaborations within psychology, social and human sciences. Yet, these contributions have had a hard time to be internationally recognized in its original contribution and in its transformative heuristic power. Latin American Voices – Integrative Psychology and Humanities intends to fill this gap by offering an international forum of scholarly interchanges that deal with psychological and socio-cultural processes from a cultural psychological perspective.

The book series seeks to be a solid theoretically-based, though still empirical, arena of interdisciplinary and international debate, as well as a worldwide scientific platform for communicating key ideas of methodology and different theoretical approaches to relevant issues in psychology and humanities. It will publish books from researchers working in Latin America in the different fields of psychology at interplay with other social and human sciences. Proposals dealing with new perspectives, innovative ideas and new topics of interdisciplinary kind are especially welcomed.

Both solicited and unsolicited proposals are considered for publication in this series. All proposals and manuscripts submitted to the Series will undergo at least two rounds of external peer review.