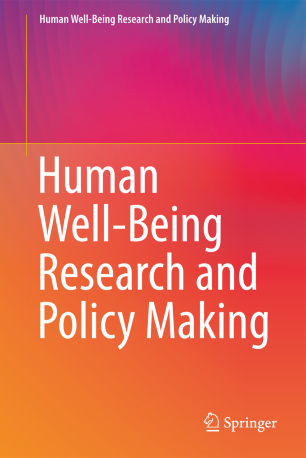 This series includes policy-focused books on the role of the public and private sectors in advancing quality of life and well-being. It creates a dialogue between well-being scholars and public policy makers. Well-being theory, research and practice are essentially interdisciplinary in nature and embrace contributions from all disciplines within the social sciences. With the exception of leading economists, the policy relevant contributions of social scientists are widely scattered and lack the coherence and integration needed to more effectively inform the actions of policy makers. Contributions in the series focus on one more of the following four aspects of well-being and public policy:

This series was initiated, in part, through funds provided by the Halloran Philanthropies of West Conshohocken, Pennsylvania, USA. The commitment of the Halloran Philanthropies is to "inspire, innovate and accelerate sustainable social interventions that promote human well-being." The series editors and Springer acknowledge Harry Halloran, Tony Carr and Audrey Selian for their contributions in helping to make the series a reality.