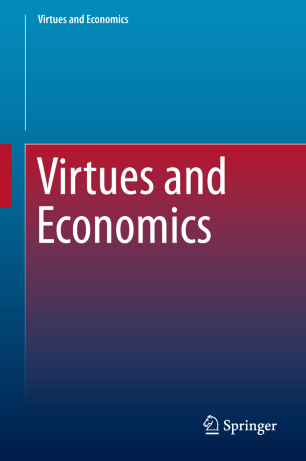 The series is dedicated to virtue ethics and economics. Its purpose is to relocate economic theory to a domain where the connection between the virtues and economic decisions, as that connection is actually experienced in everyday life, is an organic component of theory rather than some sort of an optionally added ingredient. The goal is to help develop a virtue-based economic theory which connects virtues with the contents of economic activities of individuals, unincorporated and incorporated economic agents. The primary context is Catholic Social Teaching but other faith traditions (especially Judaism, Islam, Hinduism, Buddhism, and Confucianism) will also be explored for their construction of virtues in economic action. Special attention will be made to regulatory and policy issues in promoting economic justice.

The series connects virtue ethics with the core of economic theory and practice. It examines the basic and irreducible intentionality of human activities concerned with the production, distribution and consumption of goods and services. It considers the incommensurability of values as the central problem of economic decision making and examines whether that problem can be overcome by any means other than practical reason.

This series covers high quality edited volumes and monographs. The majority of the volumes are based on papers developed for the Economics as a Moral Science Program of Blackfriars Hall, University of Oxford.