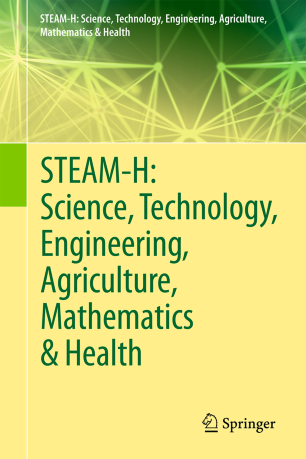 This interdisciplinary series highlights the wealth of recent advances in the pure and applied sciences made by researchers collaborating between fields where mathematics is a core focus. As we continue to make fundamental advances in various scientific disciplines, the most powerful applications will increasingly be revealed by an interdisciplinary approach. This series serves as a catalyst for these researchers to develop novel applications of, and approaches to, the mathematical sciences. As such, we expect this series to become a national and international reference in STEAM-H education and research.
Interdisciplinary by design, the series focuses largely on scientists and mathematicians developing novel methodologies and research techniques that have benefits beyond a single community. This approach seeks to connect researchers from across the globe, united in the common language of the mathematical sciences. Thus, volumes in this series are suitable for both students and researchers in a variety of interdisciplinary fields, such as: mathematics as it applies to engineering; physical chemistry and material sciences; environmental, health, behavioral and life sciences; nanotechnology and robotics; computational and data sciences; signal/image processing and machine learning; finance, economics, operations research, and game theory.
The series originated from the weekly yearlong STEAM-H Lecture series at Virginia State University featuring world-class experts in a dynamic forum. Contributions reflected the most recent advances in scientific knowledge and were delivered in a standardized, self-contained and pedagogically-oriented manner to a multidisciplinary audience of faculty and students with the objective of fostering student interest and participation in the STEAM-H disciplines as well as fostering interdisciplinary collaborative research. The series strongly advocates multidisciplinary collaboration with the goal to generate new interdisciplinary holistic approaches, instruments and models, including new knowledge, and to transcend scientific boundaries.
Peer reviewing
All monographs and works selected for contributed volumes within the STEAM-H series undergo peer review. The STEAM-H series follows a single-blind review process. A minimum of two reports are asked for each submitted manuscript. The Volume Editors act in cooperation with the Series Editor for a final decision. The Series Editors agrees with and follows the guidelines published by the Committee on Publication Ethics.