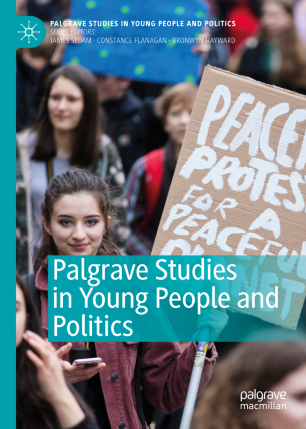 Over the past few decades, many democracies have experienced low or falling voter turnout and a sharp decline in the members of mainstream political parties. These trends are most striking amongst young people, who have become alienated from mainstream electoral politics in many countries across the world. Young people are today faced by a particularly tough environment. From worsening levels of child poverty, to large increases in youth unemployment, to cuts in youth services and education budgets, public policy responses to the financial crisis have placed a disproportionate burden on the young.

This book series will provide an in-depth investigation of the changing nature of youth civic and political engagement. We particularly welcome contributions looking at:

•           The engagement of young people in civic and political institutions, such as political parties, NGOs and new social movements

•           The influence of technology, the news media and social media on young people’s politics

•           Young people’s diverse civic and political identities, as defined by issues of gender, class and ethnicity

The series will incorporate a mixture of pivot publications (25,000-50,000 words), full-length monographs and edited volumes that will analyse these issues within individual countries, comparatively, and/ or through the lenses of different case studies.