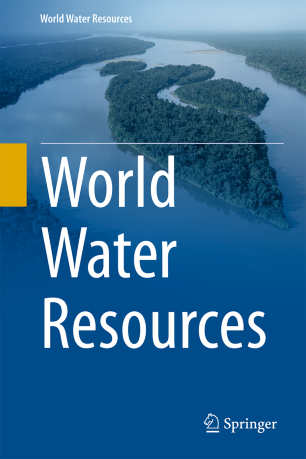 This series aims to publish books, monographs and contributed volumes on water resources of the world, with particular focus per volume on water resources of a particular country or region. With the freshwater supplies becoming an increasingly important and scarce commodity, it is important to have under one cover up to date literature published on water resources and their management, e.g. lessons learnt or details from one river basin may be quite useful for other basins. Also, it is important that national and international river basins are managed, keeping each country’s interest and environment in mind. The need for dialog is being heightened by climate change and global warming. It is hoped that the Series will make a contribution to this dialog. The volumes in the series ideally would follow a “Three Part” approach as outlined below:In the chapters in the first Part Sources of Freshwater would be covered, like water resources of river basins; water resources of lake basins, including surface water and under river flow;  groundwater; desalination and snow cover/ice caps. In the second Part the chapters would include topics like: Water Use and Consumption, e.g. irrigation, industrial, domestic, recreational etc. In the third Part in different chapters more miscellaneous items can be covered like impacts of anthropogenic effects on water resources; impact of global warning and climate change on water resources; river basin management; river compacts and treaties; lake basin management; national development and water resources management; peace and water resources; economics of water resources development; water resources and civilization; politics and water resources; water-energy-food nexus; water security and sustainability; large water resources projects; ancient water works; and challenges for the future. Authored and edited volumes are welcomed to the series. Editor or co-editors would solicit colleagues to write chapters that make up the edited book. For an edited book, it is anticipated that there would be about 12-15 chapters in a book of about 300 pages. Books in the Series could also be authored by one person or several co-authors without inviting others to prepare separate chapters. The volumes in the Series would tend to follow the “Three Part” approach as outlined above. Topics that are of current interest can be added as well.
ReadershipReaders would be university researchers, governmental agencies, NGOs, research institutes, and industry. It is also envisaged that conservation groups and those interested in water resources management would find some of the books of great interest. Comments or suggestions for future volumes are welcomed.
Series Editor:Vijay P. Singh, Department of Biological and Agricultural Engineering & Zachry Department of Civil Engineering, Texas A & M University, TX, USA. Email: vsingh@tamu.edu