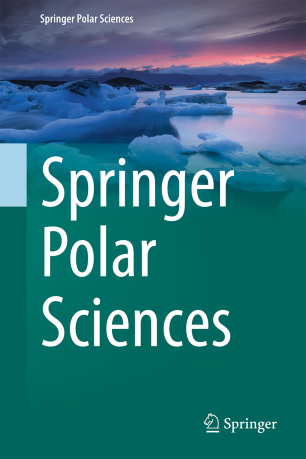 Springer Polar Sciences is an interdisciplinary book series that is dedicated to research in the Arctic, sub-Arctic regions, and the Antarctic. In recent years, the polar regions have received increased scientific and public interest. Both the Arctic and Antarctic have been recognized as key regions in the regulation of the global climate, and polar ecosystems have been identified to be particularly susceptible to the ongoing environmental changes. Consequently, the international efforts in polar research have been enhanced considerably, and a wealth of new findings is being produced at a growing rate by the international community of polar researchers.

Springer Polar Sciences aims to present a broad platform that will include state-of-the-art research, bringing together both science and humanities to facilitate an exchange of knowledge between the various polar science communities. The Series offers an outlet to publish contributions, monographs, edited works, conference proceedings, etc. Topics and perspectives will be broad and will include, but not be limited to: climate change impacts, environmental change, polar ecology, governance, health, economics, indigenous populations, tourism and resource extraction activities. Books published in the series will appeal to scientists, students, polar researchers and policy makers.