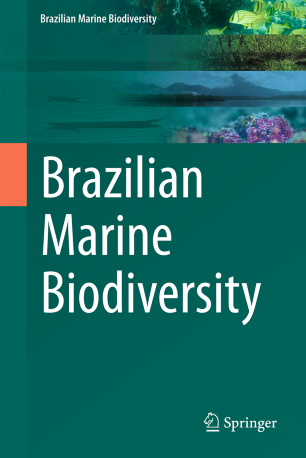 The book series Brazilian Marine Biodiversity was designed to communicate to a broad and international readership the diversified marine and coastal habitats along the large Brazilian coast.

The diversity of marine habitats found in Brazil is astonishing and includes estuaries, coral reefs, rocky shores, sandy beaches, rhodolith beds, mangroves, salt marshes, deep-sea habitats, vegetated bottoms, and continental shelf. These habitats are addressed from an ecosystem perspective across the series, and characterized in terms of distribution and peculiarities along the Brazilian coast, records of relevant species, and information on the prevailing structuring ecological and oceanographic processes governing biodiversity.

The series also presents an analysis of the role of biodiversity and the importance of ecosystem services, and discusses the threats to each habitat, such as pollution, habitat loss, invasive species, overfishing, and global environmental changes. Conservation efforts are also considered as well as gaps in scientific knowledge and science-policy interface.

This series is an initiative of the Brazilian Network for Monitoring Coastal Benthic Habitats (ReBentos; rebentos.org), which is supported by the Brazilian National Council for Scientific and Technological Development (CNPq), the Research Program on Biodiversity Characterization, Conservation, Restoration and Sustainable Use of the São Paulo Research Foundation (BIOTA-FAPESP), the Coordination for the Improvement of Higher Education Personnel (CAPES) and the Brazilian Innovation Agency (FINEP). ReBentos is part of the Brazilian Network on Global Climate Change Research (Rede Clima) and the Science and Technology National Institute on Climate Changes (INCT Mudanças Climáticas) at the Ministry of Science, Technology, Innovation and Communication (MCTIC).