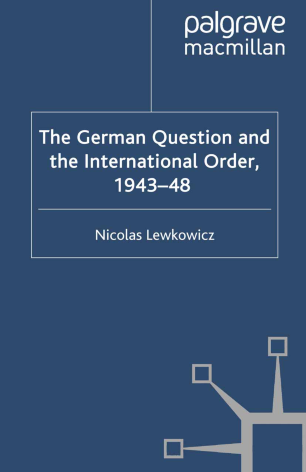 Global Conflict and Security since 1945

Palgrave Macmillan's new book series Global Conflict and Security since 1945 seeks fresh historical perspectives to promote the empirical understanding of global conflict and security issues arising from international law, leadership, politics, multilateral operations, weapons systems and technology, intelligence, civil-military relations, and societies. The series welcomes original and innovative approaches to the subject by new and established scholars. Possible topics include terrorism, nationalism, civil wars, the Cold War, military and humanitarian interventions, nation-building, pre-emptive attacks, the role of the United Nations and other non-governmental organisations (NGOs), and the national security and defence policies of major states. Events in the world since September 11th 2001 remind us that differences of ideology, religion, and values and beliefs held by a group of societies or people affect the security of ordinary peoples and different societies often without warning. The series is designed to deepen our understanding of the recent past and seeks to make a significant contribution to the debates on conflict and security in the major world capitals. For more information on our Security, Conflict and Cooperation in the Contemporary World series click here.