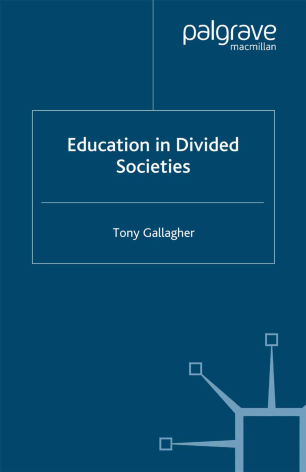 With the end of the Cold War, the hitherto concealed existance of a great many other conflicts, relatively small in scale, long-lived, ethnic in character and intra- rather than inter-state has been revealed. The dramatic changes in the distribution of world power, along with the removal of some previously resolute forms of centralised restraint, have resulted in the re-emergence of older, historical ethnic quarrels, many of which either became violent and warlike or teetered, and continue to teeter, on the brink of violence. For these reasons, ethnic conflicts and consequent violence are likely to have the greatest impact on world affairs during the next period of history. This new series examines a range of issues related to ethnic and intercommunity conflict. Each book concentrates on a well-defined aspect of ethnic and intercommunity conflict and approaches it from a comparative and international standpoint. Rather than focus on the macrolevel, that is on the grand and substantive matters of states and empires, this series argues that the fundamental causes of ethnic conflict are often to be found in the hidden roots and tangled social infrastructures of the opposing separated groups. It is through the understanding of these foundations and the working out of their implications for policy and practical activity that may lead to ameliorative processes and the construction of transforming social mechanisms and programmes calculated to produce longterm peace.