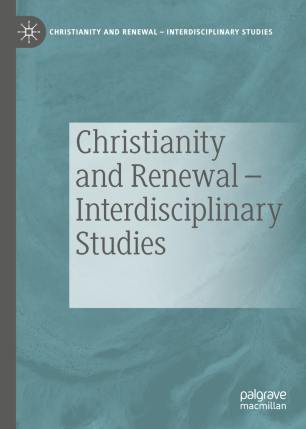 Christianity and Renewal - Interdisciplinary Studies provides a forum for scholars from a variety of disciplinary perspectives, various global locations, and a range of Christian ecumenical and religious traditions to explore issues at the intersection of the Pentecostal, charismatic, and other renewal movements and related phenomena, including: the transforming and renewing work of the Holy Spirit in Christian traditions, cultures, and creation; the traditions, beliefs, interpretation of sacred texts, and scholarship of the renewal movements; the religious life, including the spirituality, ethics, history, and liturgical and other practices, and spirituality of the renewal movements; the social, economic, political, transnational, and global implications of renewal movements; methodological, analytical, and theoretical concerns at the intersection of Christianity and renewal; intra-Christian and interreligious comparative studies of renewal and revitalization movements; other topics connecting to the theme of Christianity and renewal. Authors are encouraged to examine the broad scope of religious phenomena and their interpretation through the methodological, hermeneutical, and historiographical lens of renewal in contemporary Christianity. Under the general topic of thoughtful reflection on Christianity and renewal, the series includes two different kinds of books: (1) monographs that allow for in-depth pursuit, carefully argued, and meticulously documented research on a particular topic that explores issues in Christianity and renewal; and (2) edited collections that allow scholars from a variety of disciplines to interact under a broad theme related to Christianity and renewal. In both kinds, the series encourages discussion of traditional Pentecostal and charismatic studies, reexamination of established religious doctrine and practice, and explorations into new fields of study related to renewal movements. Interdisciplinarity will feature in the series both in terms of two or more disciplinary approaches deployed in any single volume and in terms of a wide range of disciplinary perspectives found cumulatively in the series.For further information or to submit a proposal for consideration, please contact Amy Invernizzi, amy.invernizzi@palgrave-usa.com.