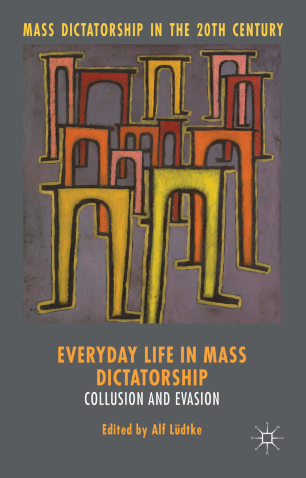 Mass Dictatorship in the Twentieth Century

The concept 'mass dictatorship' addresses the (self-)mobilisation of 'the masses' in and for twentieth century dictatorship. In contrast to tyrannies which imposed power from above, mass dictatorships have encouraged multiple forms of active participation of the people. In this highly modern process, distinctions between subjects and citizens are blurred. Through deliberate strategies of political, social, cultural and moral manipulation and persuasion, mass dictatorships tend to represent themselves as, ostensibly, 'dictatorships from below', and are indeed deeply entrenched at a grassroots level. Free of the Manichean dualism which had characterised both the totalitarian and Marxist models of the Cold War era, the series stresses the dialectical interplay between power and people. Gender politics, modernity, everyday life, memory and the imagination are the themes explored in the individual volumes of the series. What they have in common, and what makes the series unique, is the global scale of the comparativist approach taken throughout. Readers are thus invited to explore and interrelate the pre-World War II dictatorships of Fascism, Nazism, Stalinism and Japanese colonialism with the postwar communist regimes and post-colonial developmental dictatorships in Asia, Africa and Europe. Series Editor: Jie-Hyun Lim Editorial Board: Peter Lambert Aberystwyth University Alf Luedtke Honorary Professor of Historical Anthropology at the University of Erfurt , and Distinguished Visiting Professor at the Research Institute for Comparative History and Culture Hanyang University , Seoul Karen Petrone Professor and Chair, Department of History, University of Kentucky Michael Schoenhals Professor of Chinese Studies, Center for Languages and Literature, Lund University