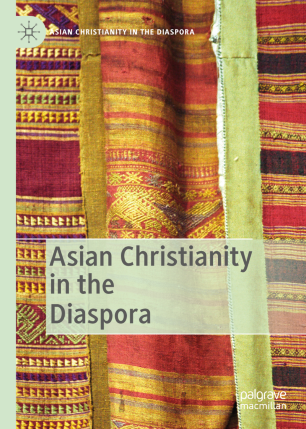 Asian Christianity in the Diaspora

Asian American theology is still at its nascent stage. It began in the 1980's with just a handful of scholars who were recent immigrants to the United States. Now with the rise in Asian American population and the rise of Asian American theologians, this new community is an ever-important voice within theological discourse and Asian American cultural studies. This new series seeks to bring to the forefront some of the important, provocative new voices within Asian American Theology. The series aims to provide Asian American theological responses to the complex process of migration and resettlement process of Asian immigrants and refugees. We will address theoretical works on the meaning of diaspora, exile, and social memory, and the foundational works concerning the ways in which displaced communities remember and narrate their experiences. Such an interdisciplinary approach entails intersectional analysis between Asian American contextual theology and one other factor; be it sexuality, gender, race/ethnicity, and/or cultural studies. This series also addresses Christianity from Asian perspectives. We welcome manuscripts that examine the identity and internal coherence of the Christian faith in its encounters with different Asian cultures, with Asian people, the majority of whom are poor, and with non-Christian religions that predominate the landscape of the Asian continent. Palgrave is embarking on a transformation of discourse within Asian and Asian American theological scholarship as this will be the first of its kind. As we live in a global world in which Christianity has re-centered itself in the Global South and among the racialized minorities in the United States, it behooves us to listen to the rich, diverse and engaging voices of Asian and Asian American theologians.