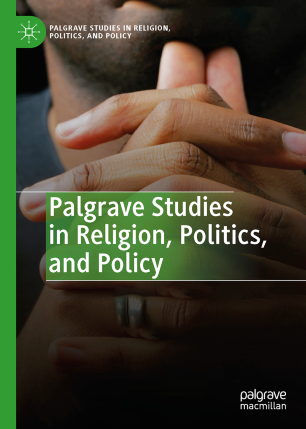 This series originated under the co-editorship of the late Ted Jelen and Mark J. Rozell. A generation ago, many social scientists regarded religion as an anachronism, whose social, economic, and political importance would inevitably wane and disappear in the face of the inexorable forces of modernity. Of course, nothing of the sort has occurred; indeed, the public role of religion is resurgent in US domestic politics, in other nations, and in the international arena. Today, religion is widely acknowledged to be a key variable in candidate nominations, platforms, and elections; it is recognized as a major influence on domestic and foreign policies. National religious movements as diverse as the Christian Right in the United States and the Taliban in Afghanistan are important factors in the internal politics of particular nations. Moreover, such transnational religious actors as Al-Qaida, Falun Gong, and the Vatican have had important effects on the politics and policies of nations around the world.
Palgrave Studies in Religion, Politics, and Policy serves a growing niche in the discipline of political science. This subfield has proliferated rapidly during the past two decades, and has generated an enormous amount of scholarly studies and journalistic coverage. Five years ago, the journal Politics and Religion was created; in addition, works relating to religion and politics have been the subject of many articles in more general academic journals. The number of books and monographs on religion and politics has increased tremendously. In the past, many social scientists dismissed religion as a key variable in politics and government.
This series casts a broad net over the subfield, providing opportunities for scholars at all levels to publish their works with Palgrave. The series publishes monographs in all subfields of political science, including American Politics, Public Policy, Public Law, Comparative Politics, International Relations, and Political Theory.The principal focus of the series is the public role of religion. “Religion” is construed broadly to include public opinion, religious institutions, and the legal frameworks under which religious politics are practiced. The “dependent variable” in which we are interested is politics, defined broadly to include analyses of the public sources and consequences of religious belief and behavior. These would include matters of public policy, as well as variations in the practice of political life. We welcome a diverse range of methodological perspectives, provided that the approaches taken are intellectually rigorous.
The series does not deal with works of theology, in that arguments about the validity or utility of religious beliefs are not a part of the series focus. Similarly, the authors of works about the private or personal consequences of religious belief and behavior, such as personal happiness, mental health, or family dysfunction, should seek other outlets for their writings. Although historical perspectives can often illuminate our understanding of modern political phenomena, our focus in the Religion, Politics, and Policy series is on the relationship between the sacred and the political in contemporary societies.