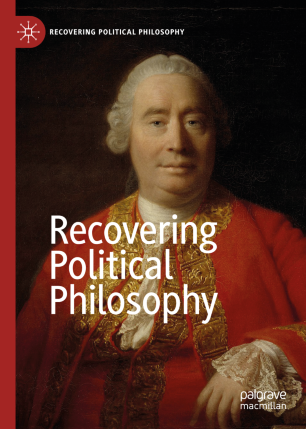 Postmodernism's challenge to the possibility of a rational foundation for and guidance of our political lives has provoked a searching re-examination of the works of past political philosophers. The re-examination seeks to recover the ancient or classical grounding for civic reason and to clarify the strengths and weaknesses of modern philosophic rationalism. This series responds to this ferment by making available outstanding new scholarship in the history of political philosophy, scholarship that is inspired by the rediscovery of the diverse rhetorical strategies employed by political philosophers. The series features interpretive studies attentive to historical context and language, and to the ways in which censorship and didactic concern impelled prudent thinkers, in widely diverse cultural conditions, to employ manifold strategies of writing, strategies that allowed them to aim at different audiences with various degrees of openness to unconventional thinking. Recovering Political Philosophy emphasizes the close reading of ancient, medieval, early modern and late modern works that illuminate the human condition by attempting to answer its deepest, enduring questions, and that have (in the modern periods) laid the foundations for contemporary political, social, and economic life. The editors encourage manuscripts from both established and emerging scholars who focus on the careful study of texts, either through analysis of a single work or through thematic study of a problem or question in a number of works.