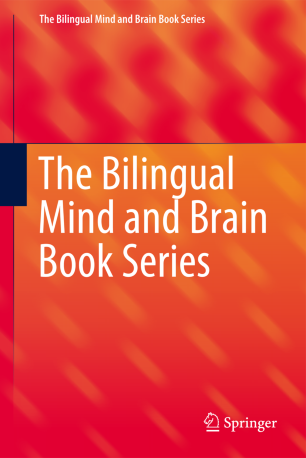 Springer’s Bilingual Mind and Brain Book Series is intended to advance and contribute to our understanding of the bilingual/multilingual mind and brain, both as an academic discipline and as a maturing research field. The Bilingual Mind and Brain Book Series is interdisciplinary in its scope and examines the bilingual mind/brain from such perspectives as psycholinguistics, cognitive psychology, cognitive science, and cognitive neuroscience, as well as applied linguistics and pedagogical approaches to second/foreign language learning. The Bilingual Mind and Brain Book Series is intended for the growing number of bilingual researchers and practitioners interested in understanding the behavioral aspects and neurobiology of bilingualism, as well as the dynamic character of the bilingual/multilingual/second language learner’s mind. This book series will be of interest to the growing number of advanced undergraduate and graduate students interested in The Psychology/Psycholinguistics of Bilingualism, Bilingual Cognitive Psychology, Cognitive Science, and Cognitive Neuroscience. For this reason, all collective volumes and monographs will include a number of thought provoking questions, suggested student research projects, and suggested readings. In short, The Bilingual Mind and Brain Book Series provides a continuous update of the most current work in the behavioral and neuropsychological research in the fields of bilingualism/multilingualism and second language acquisition. This book series contributes to the development and establishment of the Bilingual Cognitive Psychology and Bilingual Cognitive Neuroscience disciplines as subfields of Neuropsychology and Cognitive Neuroscience and fills a significant gap in the literature on the bilingual mind and brain. Have a book idea? Contact the Series Editors at bilingual.mind-brain@tamiu.edu.