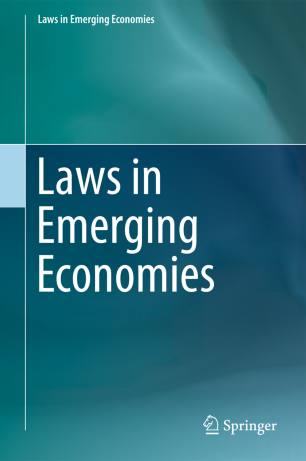 Emerging economies have become among the most dynamic, most influential, most watched components of the global economy. Large emerging countries like BRICS have recently been occupying a strong role in the international scenario. Foreign investors have mostly perceived emerging economies as the sought-after places with great potentialities and attractiveness. China and Brazil, for example, are the one of the most favored places for multinational companies. As economic power shifts, emerging economies are creating new relationships and bringing new perspectives to law and global governance. Meanwhile, governments of emerging countries strive to harness globalization to promote national development by engaging in deeper legal reforms. There is an increasing need to understand the national legal environments of emerging economies and the interplay between national laws and international law. Some legal systems of emerging economies (Brazilian legal system, e.g.) are well-known for their complexity. At this moment, there are very few monographs written in English language published by renowned world publishers. The new series entitled “Laws of Emerging Economies” aims to fill the gaps in legal publications in English language and foster insightful research and debates into how international law and institutions can better serve the need of people in developing countries in a globalized world. The new series will not only trigger more high-quality, systematic and in-depth monographs or handbooks on various topics of law of emerging economies, written by well-established professors, scholars, experts and practitioners, but also contribute to more dialogues on comparative law and international law.