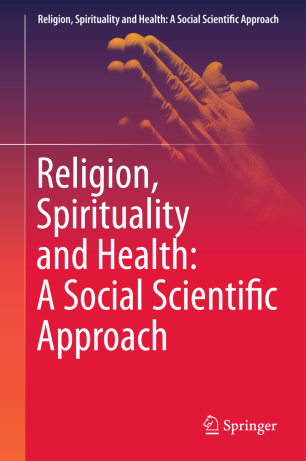 The relationship between religious/spiritual belief or behaviour and health behaviour has been explored over several decades and across various disciplines. Religious variables have consistently been found to have a direct relationship to physical and mental health. At the same time - research has also indicated potential societal tensions that can exist between religion and health – we have seen this in relation to family planning, HIV/AIDS, and reproduction. This book series aims to uncover the impact of religion on individual health behaviours and outcomes but also the influence of religion on health practices at the community level.

This book series uncovers the impact of religion on individual health behaviors and outcomes, as well as the influence of religion on health practices at the community level. It consists of volumes that are based on multi-methodological approaches, provide quantitative and qualitative forms of analysis, and advance the understanding of the intersection between religion and health beyond the correlation of religious belief and health outcomes. Building on earlier research, the series explores the direct relationship between religious variables and physical and mental health, as well as the potential societal tensions that have been shown to exist between religion and health – for example in relation to family planning, HIV/AIDS, and reproduction. Spoken values are often shared within religious communities; however, religious influence can at times be extended outside of the community in instances of service provisions such as hospital ownership, various research active think tanks, political action, and the development of community mores.