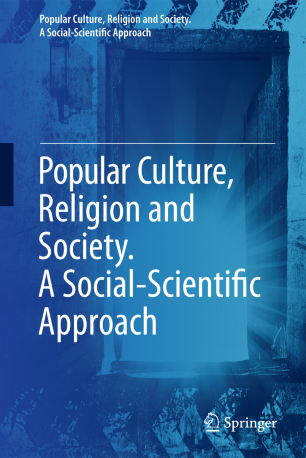 What happens when popular culture not only amuses, entertains, instructs and relaxes, but also impacts on social interactions and perception in the field of religion? This series explores how religion, spirituality and popular culture co-exist intimately. Religion sometimes creates and regulates popular culture, religious actors who express themselves in popular culture are also engaged in shaping popular religion, and in doing so, both processes make some experiences possible for some, and deny access to others. The central theme of this series is thus on how religion affects and appropriates popular culture, and on how popular culture creates and/or re-enforces religion. The interaction under scrutiny is not only between the imaginary and ‘real’ world but also between the online and off-line one, and this revitalises the study of popular religion through its involvement in popular culture and in new social media technologies such as Facebook and Twitter. Works presented in this series move beyond text analysis and use new and ground-breaking theories in anthropology, communication, cultural studies, religious studies, social philosophy, and sociology to explore the interrelation between religion, popular culture, and contemporary society.